In Russia there is no harassment, or as Herman Sterligov looking for a Secretary

Many have deemed the post the odious businessman in the social network, in which he enumerates requirements for future assistant, outrageous, but most still put the approving likes. 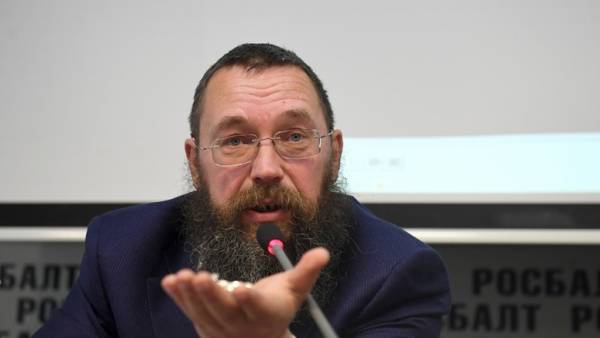 The post infamous businessman German Sterligov on the jobs of the Secretary provoked a strong reaction in Facebook. Sterligov described the requirements that it imposes on the candidates for the position. In the USA the entrepreneur who published such a text would have been ruined. In Russia, the post at the time of publication of this article, gained almost two thousand likes and approving just over 300 negative reviews.

“Have a job without makeup. Urgently looking for a Secretary: a good, competent and obedient. Feed, sing, put another 100,000 on ice cream every month. Accommodation — in the village in shifts. Three months three months”, — says Sterligov. And then the most interesting: “age — the younger the better, in the fifties, I noticed that women with age, the mood is spoiled. Married, divorced and with children not to worry. Responsibilities — what I say and do. Chart — irregular”.

Have a job without makeup.

Urgently looking for a Secretary: a good, competent and obedient.
Feed, sing, dress and even 100…

From the researches have Sterligov demanded to send a photo, and certainly fresh and without retouching, because “the Secretary to choose is more important than the horse is to choose” (punctuation of the author saved). At the end of the post businessman attached a picture of her now former assistant, adding that “this is the bottom bracket of the external qualities”. Marking, so to speak, base, odious businessman asked the researches have sober treat their data.

The heroine of fotopressa Anastasia Gostynska two-year stint at Sterligov Secretary, in an interview with the Metro newspaper has admitted that she doesn’t mind being the “bottom limit”. Now she sells handmade chocolate through social networks and, guess what, the shops former boss.

Nearly 500 people calling the post Sterligov amused, more than 900 users put the classic likes and only 300 were left outraged by the treatment of women. In the United States for such any businessman will destroy, says the writer from new York alia Azamat.

I think in America that the reaction would be instantaneous. Definitely this post would have come to some journalists The New York Times, and it would simply be tortured calls and questions, especially now when the country is on such a wave of anti-harrasment. I can already see a thousand shares and perturbed red smileys on Facebook about this post, Twitter would have come up with a new hashtag. But I think this shit is not over. I think the society would go on.Alia Azamat writer from new York

It would be ruined, I’m sure Aliya. According to her, in the States for a long time nobody refers to the professions of Secretary or personal assistant as something dangerous from the point of view of possible harassment. Not without exceptions of course, but massively not.

General Director of personnel Agency “ANCOR Office Line” Yulia Anisimova says that in Russia today, secretaries are choosing first and foremost based on merit. Wages — from 35-50 thousand for the work at the Desk with the obligatory knowledge of English, to 100-plus thousand on the position of Secretary of the Department. Personal assistants can earn up to half a million rubles, but the functionality they have, of course, is much wider and we are talking about business relationships. The requirements for appearance still remain, says Anisimov.

Very important to the company a certain type, even a certain age and certain external data, the potential employee. So, of course, failures happen quite often. And we advance as a recruitment Agency, choosing employees, the interview assessed how they fit the employer. However, the employer himself never openly say that estimates from the point of view of not only professionalism, but also the external parameters.Yuliya Anisimova, General Director of personnel Agency “ANCOR Office Line»

It is not excluded that the salary of the Secretary of several hundred thousand rubles in the description of the jobs open are not all of charge. But this is no flash mobs. Apparently, in the Russian Federation of harassment no.