Educator Makarenko asked Medvedev of money and was fired

Teacher of Taganrog metallurgical College Victor Makarenko, who earlier appealed to Prime Minister Dmitry Medvedev, complaining of lack of indexation of salaries of teachers, were dismissed, according to 161.ru. 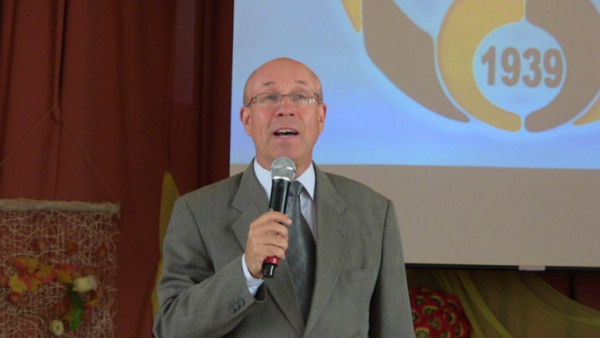 In the regional Ministry of education publication stated that Makarenko “was fired because he wrote a letter to Medvedev, and for any disciplinary offenses during his work at the College”. However, the school found it difficult to explain what violations were allowed by the teacher, who has worked there for several years.

Previously, Makarenko wrote a letter to the Prime Minister with a request to explain why in relation to the teachers violated labor laws: the size of the bet in 2016 — 8289 roubles remained on the level of wages in 2012.

“The country has lived these years with double-digit inflation, the total level has already exceeded 50 percent. And where laid under article 134 of the Labour code of Russia indexing?”— tried to find out the author of the statement on behalf of the entire teaching staff of the College.

He added that the cost of living in the region is more than 10 thousand rubles, and teachers after taxes remains 7211 rubles.

“It turns out that the execution of the may decrees of the President, who has set the task to ensure the well-being of citizens, successfully sabotaged,” said Makarenko.

In October, left without a pension, the inhabitant of Transbaikalia Anatoly Vertiprahov asked the President of Russia Vladimir Putin to buy him a coffin. He wrote that the bailiffs took his card all the money — 8516 rubles, and he was left without the ability to even buy bread. After resonance in the regional office of the Federal bailiff service decided to return the pensioner’s half of the arrested sums.