Winter of tragedy in the Himalayas: the story of a rescued mountain climber

At sunset on 25 January Elizabeth Revol made, seemed impossible: she got on Nangaparbat and entered the history of mountaineering as the second woman, who managed to climb the eight-thousander in the Himalayas. But the triumph turned into tragedy. 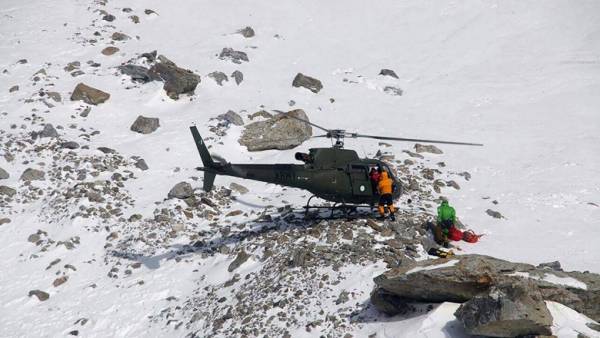 On the top of the French partner on the ascent, the Polish climber Tomek Mackiewicz felt bad, and a night descent had to be aborted. Down Tommy never came down.

After two cold nights on the frigid 40-degree frost the slopes of the mountain, she was able to go down to 2 km, in spite of the frostbite, extreme exhaustion and hallucinations.

There she picked up a daring rescue team: giants winter mountaineering Denis Urubko and Adam Bielecki broke the expedition into a neighboring giant, K2, flew by helicopter to the foot of Nangaparbat night and climbed the steep route more than a mile.

“I thought I won’t survive,” said Elizabeth Revol the French news Agency AFP, a few days after the tragedy at the hospital of the Alpine Sallanches Mont Blanc.

And suddenly saw in the darkness two lights. I began to scream. Emotions poured over the edge.Elizabeth Revol

“The helicopter dropped us off approximately at the height of 4800 meters. To him there is no one so high did not sit down, — said Urubko Spanish magazine Desnivel. This landing was one of the epic, heroic moments of the rescue operation.”

Hope to find Tomek alive to the point melted.