The Pentagon should cease to send spy planes to the Russian border or to return to negotiations about the rules of such flights, said on Thursday the Ministry of defense of Russia. 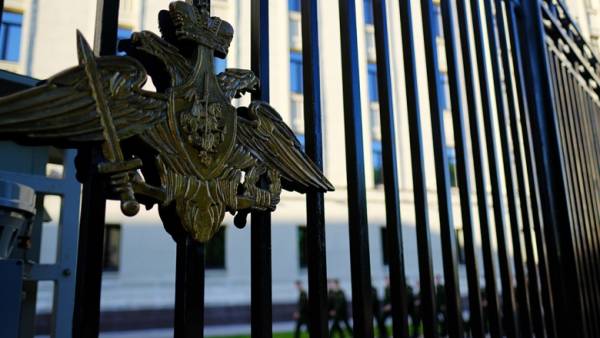 “Air and space forces will continue to provide a reliable protection of the borders of air space of the Russian Federation”, — said in the defense Ministry, commenting on the statement of the Pentagon about unsafe interception 29 January the Russian su-27 fighter American spy plane over the Black sea.

If American pilots awareness of this fact is the cause of depression and phobias, we recommend the American side in the future, the routes of such flights near the Russian borders to exclude or to return to the negotiating table and agree on rules for their implementation.The defense Ministry

The Pentagon, sending reconnaissance aircraft to the area of the Black sea near the Russian border, must understand that they will meet the jets of active-duty air defense forces of Russia, said the Russian defense Ministry. “I would like to remind the commander of the 67th tactical air group of the 6th fleet (USA) bill Ellis that Crimea is an integral part of the Russian Federation”, — stated in the message of military Department of the Russian Federation.

The Ministry said that another option for the Pentagon is “to give all crews a new card with the correct printed on them symbols of the boundaries of the airspace of the Russian Federation”.

“For the Russian fighter aircraft intercept air targets coming off the transponders to the state border, lasts a few minutes. Therefore, the actions of the Russian su-27, stopping more than 2 hours and 20 minutes the attempts of the us spy plane EP-3E Aires II to approach the airspace of the Russian Federation in the area of Crimea is properly called “support”, — stated in the defense Ministry.

The Ministry of defense had previously reported about the dangerous maneuver of the Russian fighter in the “intercept” aircraft of the U.S. Navy P-3 Orion in the sky over the Black sea. CNN, citing Pentagon sources reported that fighter videoconferencing 29 Jan walked within five feet (fifteen metres) from the US Navy aircraft in international airspace. The actions of the Russian fighter forced the crew of an American plane to prematurely end the mission, marks the channel.

The Ministry of defense of Russia, in turn, denied reports about dangerous rapprochement of planes and noted that the flight of su-27 took place in accordance with international rules of airspace use and in compliance with security measures.

“Intercept from the composition of the active-duty air defense forces raised the su-27 fighter jet that approached the aircraft at a safe distance and identify it as electronic intelligence aircraft EP-3E “Aries II” U.S. Navy,” — said in the defense Ministry. According to the Ministry, the su-27 were escorted by U.S. aircraft, to prevent any violation of the airspace of Russia, and returned to the airfield after a scout changed the course of the flight.