In Italy, a teacher was fired for ignorance

ROME, February 1 — RIA Novosti, Alexander Logunov. A primary school teacher one of the schools in Venice have lost their jobs for spelling errors in words that she was trying to teach first graders, according to Italian media. 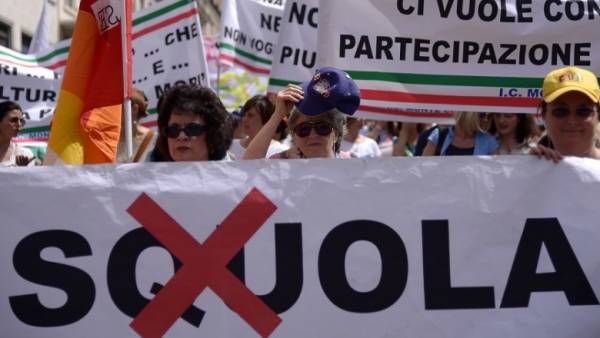 Upon learning that the teacher writes the simplest scuola (“school”) through Q, double consonants in those words where it should not be done, and commits other mistakes, frightened parents for eight days would not let their children to school. Then, in the academic year 2015/2016, to “strike” in solidarity for a few hours is joined by other classes, and the school was forced to suspend illiterate teacher from working.

Just from crime from the point of view of Italian language and actions women were treated 39 children studied in the two parallel classes.

According to La Nuova di Venezia, the teacher considered himself the victim and asked the court for the resolution of labor disputes. The court, however, recently documented acknowledged its “inability to teach” and eventually fired her from the ranks of educators.