The President of Moldova Igor Dodon proposed to hold a referendum on the question of preservation of statehood of the Republic, stressing that the country’s unification with Romania “means a civil war.” 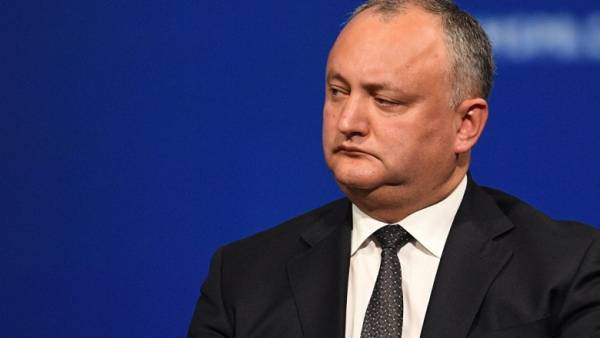 Earlier, representatives of several local councils of Moldova adopted the so-called “Declaration of Union with Romania”. The campaign by signing the relevant declarations organized by the civic platform “Action of 2012”, which advocates unification of Moldova and Romania. The action is timed to the 100th anniversary of the great Union, which the unionists (supporters of unification of Moldova and Romania) is celebrated in 2018. Dodon said that these actions are anti-state character.

“Unification with Romania means civil war. We, the citizens of Moldova, the statesmen, by all lawful ways will not allow to eliminate the statehood of the Republic” — he stated in a broadcast on local TV channels.

The President believes that “the most difficult periods in the history of Moldavia was linked with the emergence in society of such trends.”

In his opinion, ahead of parliamentary elections in Moldova, scheduled for the end of this year or the beginning of 2019, perhaps someone deliberately wants to destabilize the situation in the country. “I admit that some of the forces that understand that losing elections, intentionally develop this script and want to destabilize the situation, but they do not go”, — said Igor Dodon.

According to opinion polls, most citizens of Moldova against the accession of Romania and renaming the state language from Moldovan to Romanian.