Nikita Belykh was found guilty on charges of bribery

MOSCOW, 1 Feb — RIA Novosti. Presnensky court of Moscow on Thursday began to indict former Governor of the Kirov region Nikita Belykh in the case of bribery, the correspondent of RIA Novosti news from the courtroom. 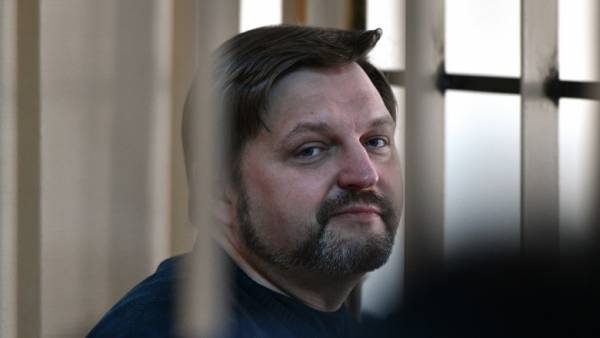 “White has committed bribery in the form of money,” said the judge, Tatiana vasyuchenko, noting that the money was for “patronage” and “connivance in the service.”

Sentencing is expected for several hours. From the already announced judge part implies that White was found guilty of receiving bribes from businessman Yuri Sudheimer.

State charge asked for the former head of the region ten years of strict regime colony and a fine of 100 million rubles. The defense insisted that White was the victim of slander and provocation and insists on justification.