For that I apologize to Vladimir Putin

On January 31, Russian President Vladimir Putin at a meeting with the athletes asked their forgiveness for the fact that the authorities are unable to protect them from attacks and pressure. Who else and for that I apologized, the head of state — in the material “Kommersant”. 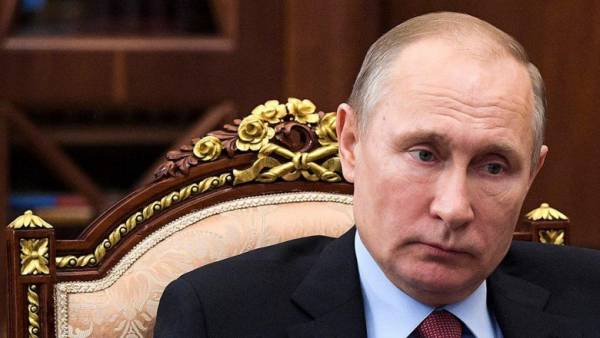 26 Oct 2002, Vladimir Putin made a televised address to the Russians over the seizure of the spectators of the musical “Nord-OST» in the theatrical center on Dubrovka: “We are unable to save everyone. Forgive us.»

October 26, 2007 Vladimir Putin apologized for the fact that he and other members of the Russian delegation during the summit Russia—EU in Portugal “snooping around here, in Lisbon, back and forth, interfere with normal life» and just say, that the lisboners it was very profitable both from an economic and political point of view.

28 September 2011 at the meeting with writers Vladimir Putin apologized to the authors of detectives for what was previously called their work “light reading».

If it sounded, my apologies… wasn’t invested in the concept of “easy reading” something wrong.Vladimir Putin

In February 2012, the candidate in presidents of the Russian Federation Vladimir Putin holding then a post of the Prime Minister, apologized to the Muscovites who had to face inconvenience due to the massive rally in his support, which took place on Poklonnaya hill.

In March 2012, Mr. Putin apologized to clergy and believers in the punk-prayer of Pussy Riot in the temple of Christ the Savior, “If they broke the rules of the temple, then I apologise all believers and clerics. I hope that this will never happen again”.

7 Oct 2012 in an interview with the program “Central television” (NTV) the President apologized to the owners, who are forced to stand in traffic jams waiting for the passage of the head of state. In particular, he said: “I apologize. I’m sorry. Well, and what to do to work it is necessary. How else to go.”

September 4, 2013, Vladimir Putin apologized to the flood-affected residents of the Far East for the actions of officials who did not care about the elementary conditions for them. “I apologise to those people who are in this situation. If local officials have not apologized so far, I’m sorry, but it is necessary to correct, to restore order. I think that many things were done, and nothing further no permit”, — said Mr. Putin.

7 July 2017 Vladimir Putin apologized to Japanese Prime Minister Shinzo Abe for what he had to wait about an hour. The President attributed this to the prolonged meeting with the leader of the United States Donald trump.