Food for the FPS went to trial

Engelssky district court has started consideration of criminal case concerning the former Director “Cannery FSIN” Paul Belikov and his alleged accomplices — former chief of the procurement division of the Federal state unitary enterprise and three local entrepreneurs. The consequence considers that accused stole 105 million rubles on procurement for the needs of the prison. The defendants do not admit guilt, the defense feels the prosecution is false. 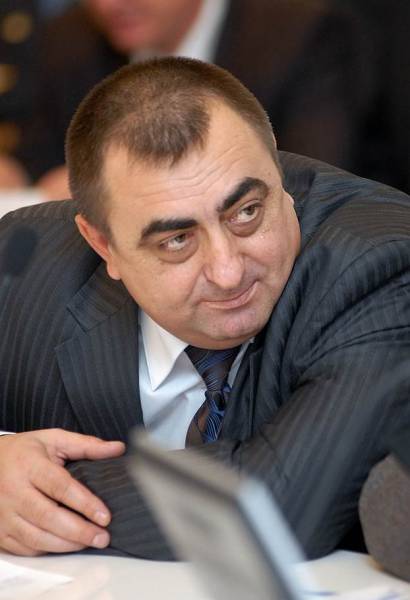 Today’s meeting began with the fact that the defense tried to get the Prosecutor Alexey Ivanov on the grounds that he did not confirm their credentials documented. However, the judge denied the challenge. Then the Prosecutor Alexey Ivanov read out the indictment. According to this document, in 2015, Paul Belikov held the auction and signed contracts for the supply of fat at inflated prices with “Master Confectioner”. To justify the purchase price was 100 RUB. per 1 kg even more expensive commercial offer at the auction put controlled by the defendants, OOO “Agrosoyuz” LLC “Volzhskiy Union.”

“Master Pastry chef” was to deliver 1.8 thousand tons of fat. The company has purchased from third parties fat at a price of about 60 rubles. per 1 kg and delivered to the FSUE. The difference was 65.7 million RUB Over it, according to investigators, Mr. Belikov received from Mher Kirakosyan 30 million rubles as a bribe.

A similar scheme, according to investigators, the defendants stole from the Federal budget funds allocated for the purchase of margarine to institutions of the penal system. In 2016, according to investigators, they organized the supply at double the price on behalf of the Federal state unitary enterprise “tinned food factory of the Federal penitentiary service of Russia” in the territorial units of the Federal penitentiary service under the guise of Engels produced by FSUE margarine cheaper products produced by the plant and received from the state contracts funds transferred to the account controlled by commercial organizations. Thus, in the second episode of the state suffered damage amounting to more than 40.9 million RUB.

Paul Belikov a result assigns the role of inspirer and organizer of the criminal scheme. He is accused of commercial bribery, fraud, embezzlement and accepting bribes.

The same set of articles Mher Kirakosyan, the only difference is that he is charged with bribery. The rest of the defendants accused of embezzlement, bribery and fraud. The defendant’s guilt do not recognize.

As reported by “Kommersant”, Pavel Belikov detained in may 2016 in Saratov, was transferred to Moscow and arrested Basmanny district court of the capital. In its relation criminal case under part 4 of article 159 of the criminal code (fraud in especially large size). Then he was accused of “using his official position, was kidnapped on state contracts of more than 350 million rubles.”. For the initial version of the RCDS, in 2015, unidentified officials of the Federal penitentiary service said to Paul Belikov that the Russian budget will be allocated 1.2 billion roubles for the purchase of canned foods for the needs of the regional offices of the service. Despite the fact that the technical capabilities of the factory are not allowed, as believed a consequence, to ensure the production of canned food for that amount, the regional administration has signed with FGUP more than 400 contracts. Upon receipt of payment of 350 million rubles allegedly was immediately transferred to accounts controlled by Mr. Belikov and it is not named at the time accomplices.

In October 2016, Raman said that in criminal case there’s a new episode of embezzlement. Lawyers of mister Belikov said Director of the FSUE “framed”, and called all far-fetched accusations. In particular, they noted, FSUE full, although delayed, performed work under government contracts.

During the preliminary investigation, new suspects. In addition, in September last year SKR has stopped criminal persecution of Pavel Belikov on an episode about plunder of 350 million rubles.

Lawyer Paul Belikov Alexander Kunitsyn trial has not commented, he has previously said that he finds the charges “trumped-up”.