Moscow. 31 Jan. INTERFAX.RU — the Central election Commission (CEC) of Russia has completed the reception of signatures in support of candidates for participation in presidential elections. 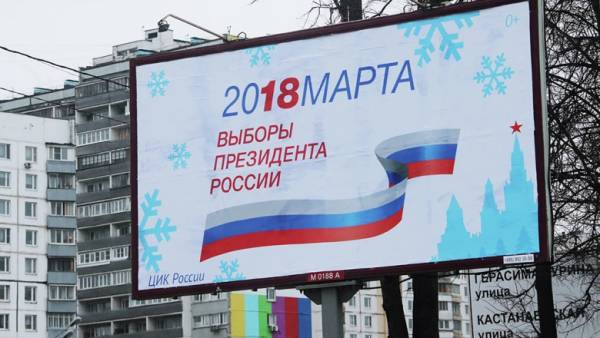 As reported on Wednesday, the correspondent of “Interfax”, at 18:00 Moscow time the Central electoral Commission has finished reception of signature sheets.

Thus, ended the stage of acceptance of documents for registration of candidates on elections of the President of the Russian Federation.

Two candidates from the parliamentary parties — Vladimir Zhirinovsky (LDPR) and Pavel Grudinin (Communist party) under the law are exempted from collecting signatures. They have been registered as candidates for the post of President of the Russian Federation.

Natalia Lisitsyna (the party “rot Front”) were not able to collect necessary number of signatures, and Elvira Agurbash (“green Alliance”) did not come to the CEC before the deadline of receiving the documents.