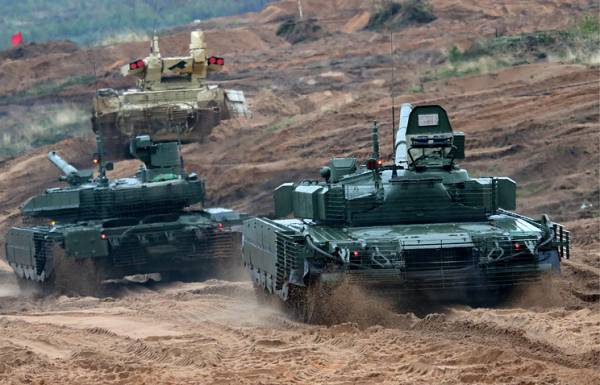 Armoured vehicles continued to play a major role on the battlefield, so the Russian military-industrial complex (MIC) is working to update the existing fleet and the creation of new tanks and armored personnel carriers. Now in Russia are testing a promising T-14 and war machine T-15 on heavy tracked platform “Armata”, is preparing for the adoption of the new T-90M, and concluded new contracts for the modernization of “workhorses” — the T-72B and T-80BV, which allows you to operate these machines for a very long time.

About when will adopt the T-90M will be whether the Ministry of defence to purchase modernized T-80BV, when completed the contract to supply the troops fighting vehicles of tank support “Terminator” and when will begin mass production of “Armata” and “Coalition-SV” TASS said in the research and production Corporation “Uralvagonzavod” (UVZ).

In the international military-technical forum “Army-2017” announced the signing of a contract between Uralvagonzavod and the Ministry of defense to supply a new modification of the T-90 IS T-90M (“break-3”). The Corporation told TASS that the contracts actually several.