The European Union decided not to support the strengthening of sanctions against Russia, said Prime Minister of Belgium Charles Michel. 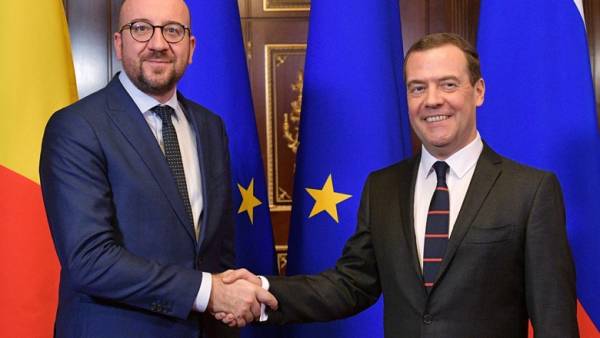 “I would like to stress that the European Union has decided not to support tougher sanctions”, — he said on Tuesday after talks with Russian Prime Minister Dmitry Medvedev.

“Yes, we have a certain number of differences, but (important — if) to open the way to dialogue, because dialogue is the only way to manage any differences and understand different decision-making processes,” said Michelle. He recalled that the sanctions are not an end in itself.

Earlier Tuesday, was published “Kremlin report” of the U.S. Treasury, the list included all members of the government of the Russian Federation.