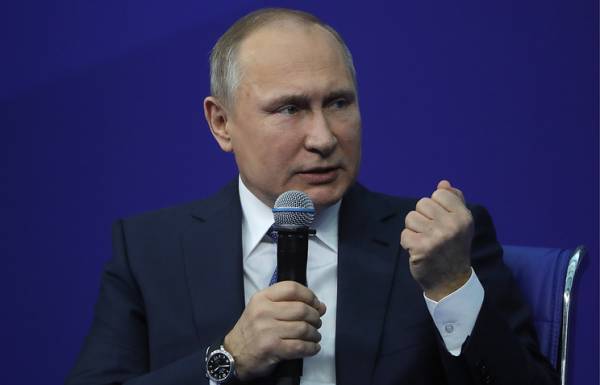 MOSCOW, January 30. /TASS./ Vladimir Putin announced his intention to run for President of the Russian Federation, met on Tuesday with his Trustees. The meeting discussed a wide range of issues, including the economy, culture, sport and Patriotic education.

A common task for all Russians is to achieve a powerful breakthrough in the development of the country in accordance with the priority trends of the world, Putin said.

During the meeting, Putin urged his Trustees not to prejudge the outcome of the upcoming elections. “Let’s not talk about future results: the results should speak only when they are, so in advance, as in the saying, “do not say Ho until they are hatched”. We must proceed from this” – he said, calling also with respect to other presidential candidates, but “to promote their agenda.”

Putin thanked the Trustees for what they “agreed to participate in this political campaign is a large, important, important for any country and for ours too.” In his words, “any election campaign is divided into several stages: the first stage more or less formal – preparing documents, collecting signatures, though it is rather a formal thing, because we need this signature to, need to man the signature set”.