Italian police as part of a campaign against the mafia has carried out raids and arrested dozens of people in Naples, Rome, and the Sicilian Agrigento. 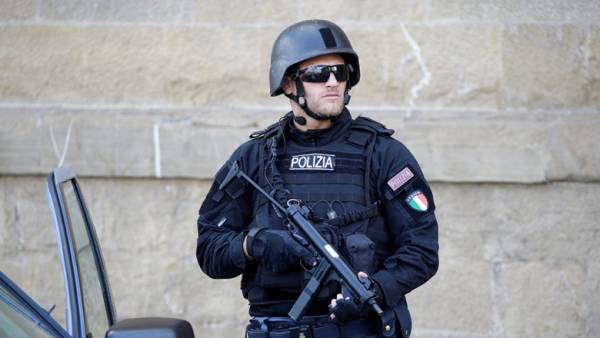 Italian police as part of a campaign against the mafia has carried out raids and arrested dozens of people in Naples, Rome, and the Sicilian Agrigento.

The detainees are accused of smuggling, extortion, contract killings, bribery of politicians, the organization of prostitution, theft of art objects. The list of crimes is extensive.

What today is the Italian mafia?

Sicilian gangs have created a model, which then took over the mafia groups around the world. They have become a formidable force in Sicily in the 1800s, and subsequently, their power and sophistication has grown steadily.

“Cosa Nostra” translates from Sicilian as “our business.” The so-called first mafia, which laid the basis of family clans.

She is known for his code of honor, omerta, which implies absolute loyalty. Informers were threatened with torture and death, and their relatives waited for the punishment.

Even today, members of the mafia in Sicily attracted for the resolution of commercial disputes and the search for the stolen shipments, preferring their services are slow on the upgrade of the judicial machine.

However, for many of hateful practiced by the mafia “protection racket” when businesses are forced to pay for “protection” business.

“Cosa Nostra” gained fame in the United States, engaged in racketeering and clashing with other gangs in Chicago, new York and other cities. The group managed to significantly improve the trade in counterfeit alcohol during the “prohibition” in the 1920-ies.

FBI says U.S. criminal syndicate as a whole is not associated with the Italian clans. The main source of income “Cosa Nostra” is the heroin trade.

If in our days to say the word “mafia”, many immediately recalled the movie “the Godfather” with Marlon Brando. In the Sicilian word “mafia” is associated with the word “courageous”. Often the term is used incorrectly and inappropriately, against all organized criminal groups.

Some Italian mafia organizations operate in other countries, competing with other equally brutal mafia gangs from Russia, China, Albania and other countries. In some cases, the gangs are coordinating their actions, and then divide the spoils.

“Cosa Nostra” snuck in local and state politics not only in Italy but in the United States.

But even in Italy, the scandals related to corruption, not always imply the involvement of the mafia. Loud trial in Rome revealed Grand corruption scheme, but the mafia to her was not involved.

According to the FBI, now in the ranks of the “Cosa Nostra” and other three major mafia groups “to the Camorra, Ndrangheta,” and “Sacra Corona Unité” — 25 thousand members. In the world associated with them 250 thousand people.