In the case of the kickbacks apparent competition. Officials of the Ministry of defence was taken to jail from hospital

As it became known””, the circle of the accused in a criminal case of a large bribe in awarding contracts for food control of the Ministry of defense. The leaders of brodkorbi in jail proved to be Yuri Reshetnikov — head of Department, who have served within the Ministry of Antimonopoly function. And into custody he was taken soon after the operation, based on the testimony of a military official, who concluded a pretrial cooperation agreement. 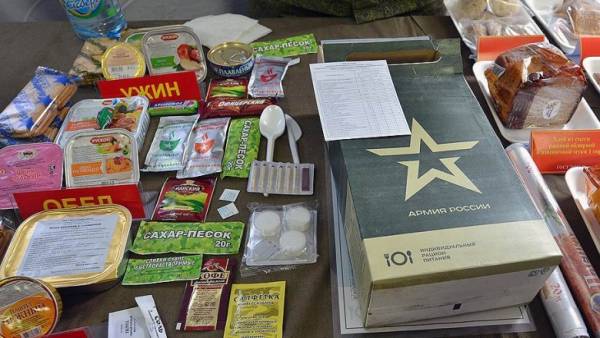 Head of the Department of competitive procedures on the state order of Department of state procurement, Ministry of defence Yuri Reshetnikov at the request of the chief military investigation Department (GVSU) TFR was arrested 235th garrison court. The official who has the rank of state adviser of 3rd class, accused of receiving bribes in especially large amount (part 6, item 290 of the criminal code). According to investigators, acting as part of an organized criminal group, which included head of the food Department of the Ministry of defense Alexander Berezhnoy, his subordinates Alexander Vakulin and Alexey Grinyuk, Chairperson of the auction Commission of the military Department Alexander Borovkov and “unidentified” person, he, by limiting competition contributed to commercial organizations, controlled by businessman Alexei Kalitino and its partners in the awarding of public contracts with the defense Ministry. For their services, according to investigators, head of Department, the Ministry of defence performs the functions of the Antimonopoly service, has received tens of millions of rubles.

It should be noted that initially the criminal case it was about the fact that all merchants handed over to military officials 368 million rubles, Then this amount was reduced to 350 million rubles, but, according to some, now the investigation again considering the possibility of increasing the amount of the kickbacks.

At first, Yuri Reshetnikov, was a witness in a criminal case, which was investigated in Saint-Petersburg as a fraud (part 4 of article 159 of the criminal code) in the implementation of one of the government contracts of the company Alexey Kalitin, the Ministry of defense. But then at the request of the Chairman of the RCDS Alexander Bastrykin, the investigation was transferred to Moscow where employees of GVSU TFR was detained managers of the food control of the Ministry of defense.

As it turned out, the testimony about their involvement in the bribes given not only to the merchants involved in transactions, but the auctioneer Borovkov, pleaded guilty and entered into with the chief military Prosecutor’s office pre-trial agreement on cooperation. In particular, as part of the deal, he said that Yuri Reshetnikov were not only kickbacks, but also tried through relatives of Mr. Borovkova to impose his lawyer to be aware of investigations and the testimony of the accused in order to in that case to exert pressure on him. During the search of Mr. Reshetnikov found a copy of the decision about attraction as the accused Mr. Borovkov that the head of the Department of competitive procedures, defense is not presented.