“I have no time for death”: died founder of IKEA, Ingvar Kamprad

The founder of the furniture Corporation IKEA Ingvar Kamprad died on 92-m to year of life in his home in southern Sweden. “I have no time for death,” I joked earlier Kamprad. The company he founded IKEA at age 17 in 1943, and the first store opened in 1958. The size of the state Kamprad is not exactly specified: estimates range from $42.9 billion to $3 billion. it is Known that Kamprad was a member of the Swedish Nazi party and philanthropist. 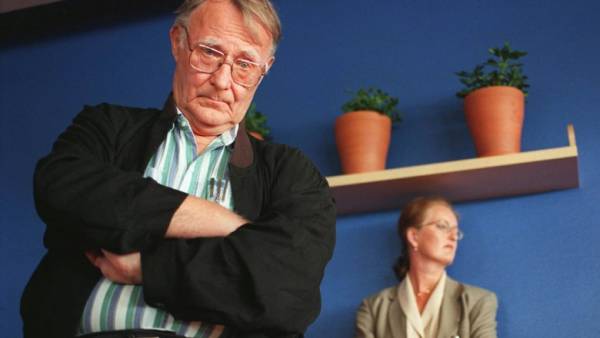 Swedish entrepreneur Ingvar Kamprad, founder of IKEA, one of the world’s largest corporations, sells furniture and household goods, has died at the age of 91 at his home in the province of småland in southern Sweden. The death of the businessman took place on Saturday, January 27, reported the next day, the press service of the IKEA Group.

Jesper Brodin, Executive Director and President of the Corporation, said that the company staff mourn the loss “of the founder and respected friend of Ingvar”.

Kamprad’s legacy “will delight us for many years, and his vision of creating a better everyday life for many people — will continue to guide and inspire us,” — said in a statement Brodina.

Ingvar Kamprad was born in 1926 in Linesville the province of småland, and the company IKEA was founded in 17 years presented to the father the money.

Initially, in the years 1943-1945, he sent out a variety of household goods by mail, but after the end of world war II decided to do furniture. His first store, Kamprad opened in 1958 in the town of Älmhult in his native småland.

The name IKEA is an acronym and stands for Ingvar Kamprad Elmtaryd Agunnaryd. The last two words — the names of his farm and parish of the entrepreneur.

According to Forbes magazine, Ingvar Kamprad sought to optimize production and increase efficiency in everything — so, in 1953 he began to use flat packaging for modular furniture sets. In 1961 the production of IKEA was transferred to Poland to “reduce labor costs”.

Ingvar recognized that dyslexia and it affected his company — so popular product names sounding “Swedish”, appeared because of difficulties with memorization Kamprad numeric SKUs to the products.

According to Kamprad himself, vain waste of resources is a “mortal sin”. He also said that he has “no time for death”, being already advanced in years in an interview with the Swiss Broadcasting Corporation in 2006.