MOSCOW, January 26 — RIA Novosti. The best feature film of the year by the national film award “Golden eagle” was a picture of “Salyut-7” Klim shypenko. 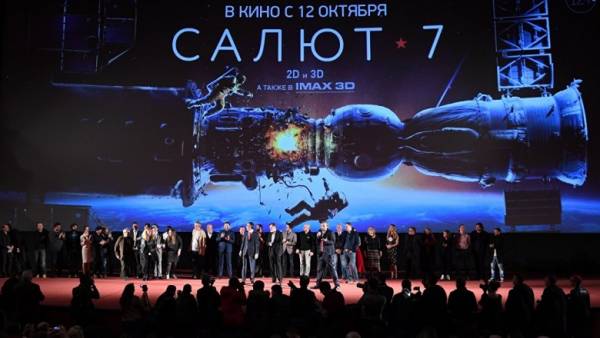 The ceremony of awarding the national movie awards held in the capital on Friday in hall 1 of the cinema concern “Mosfilm”.

“Golden eagle” — national movie awards Russia. Established by the National Academy of motion picture arts and Sciences of Russia March 4, 2002. The President of Academy, Director Vladimir Naumov (“Run”, “Teheran-43”). The selection of the nominations performed by the expert Council. The prize is awarded on the results of the voting full members and corresponding members of the Academy.