Discount for “Nutella” has led to fights in the French supermarkets

PARIS, 25 Jan — RIA Novosti, Victoria Ivanova. Buyers in the supermarkets the French Department of the Loire at loggerheads the racks for the opportunity to purchase chocolate-hazelnut paste “Nutella” with a discount of almost 70%. 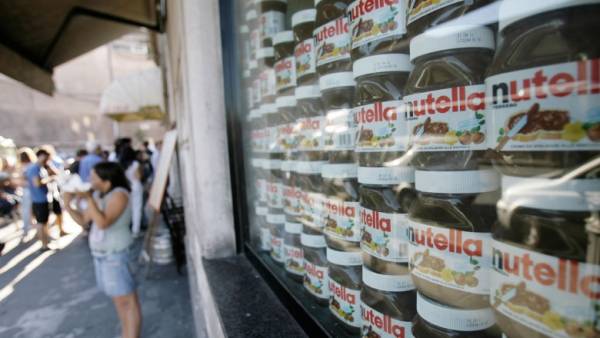 According to the publication Progres, the incident touched the chain stores Intermarché, in which 950 grams of the Bank of the dessert were worth a total of 1.41 euros, which is approximately 70% below the regular price.

“People were angry, like animals. The woman twisted hair, an elderly lady received a box on the head, the other arm was covered in blood. It was horrible,” the newspaper quoted a witness from the store in the municipality of Rive-de Gières.

However, an eyewitness refutes the shop manual.

It was impressive. A lot of people, Yes, were talking in loud tones, but physical violence was not.The management of the supermarket

The demand for goods was such that 600 cans of “Nutella” were sold out in five minutes. The store management was forced to limit the sale of dessert three pieces in one hand, however, people returned to the store again and again.

“The store plans to hold similar events on Friday and Saturday,” the newspaper said.