Valery Solovey: We in the coming years, or torn, or fall behind forever

A prominent political analyst in the Radio Studio “Komsomol truth” has made a prediction — what we are all waiting for in 2018. 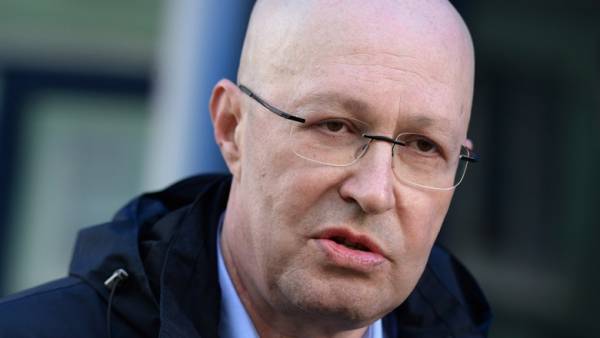 — Certainly. I guess we are not going to discuss who will win them.

We guess, too. What was the score?

I think the fight will go for second and third places. Vladimir Zhirinovsky rock the old days. He really wants to come second. The Communists have their own secret weapon — Pavel Grudinin. In December, when it was not yet known that Grudinin POPs, I confidently said that Zhirinovsky will come in second, ahead of Zyuganov. But now Grudinina good chances on “silver”.

The voter has to request updates. If you want, you need, even in the continuation of Putin’s policy, but while there are new faces.

– We have in the race, it turns out, two of the businessman — Grudinin and Titov?

— Yes, and Titov can shoot up to fourth place.

– Zhirinovsky because, most likely, these elections — the Swan song.

— So Grigory, too, Swan. But if Zhirinovsky is able to mobilize, put in a finishing spurt, Yavlinsky, unfortunately, shows the quality of fighter.

– His program — not in our country.

— With the country him a little luck, it’s true.

IN THE CORRIDORS OF POWER

After the election should automatically be a resignation of the government. Will come true if the hopes of the people?

— I would like to get your hopes up, but when talking about the Ministers that could leave the government, often called just Mutko and Minister of agriculture Tkachev. While Medvedev has a good chance to keep the Premiership.

And Grudinina can offer the position of Minister of agriculture?

Or a Governor. That’s probably even more interesting to him. Now there will be many hands…

– The fight against corruption will continue?

— We have, in fact, this is not a fight, but such soft selective repression. Their turnover dropped before the election, because the fight against corruption, especially the Governor, has led in some places to the paralysis. And the paralysis is a dangerous thing. Because then on the ground nothing is done, to avoid evils and troubles.

Putin also met before the new year with a lag of governors. Showed that not angry with them, had tea. A policy of selective repression was not very effective. It was demoralizing machine than stimulated it. After all the times of Stalin.

– What can we expect from the United States and the European Union?

— Talked recently with Western diplomats. They cautiously ask: what are we to expect from you? The position is this: if only became worse not. If only there was no war. So nothing special to us now is not expected. Maybe the ball is on our side. But we have not yet shown any initiative.

– Too many initiatives were, but they are all unanswered or rejected.