Sobchak said that the time has come to rebury Stalin

MOSCOW, 24 Jan — RIA Novosti. The candidate Ksenia Sobchak, commenting on the situation Comedy “Death of Stalin”, expressed the opinion that the time has come to rebury the body of General Secretary of the CPSU Joseph Stalin. 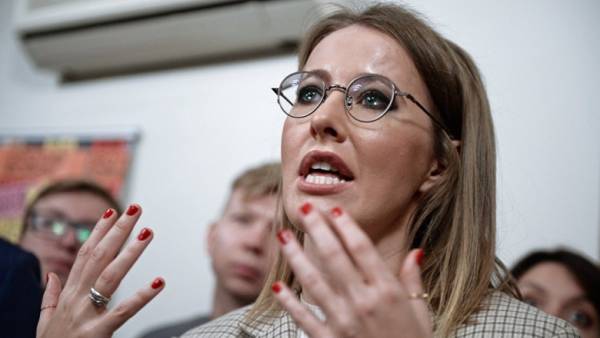 “Stalin died 65 years ago, he is buried in the center of Moscow, and it is high time to rebury, his place in history next to Hitler, Gaddafi and others, whose place of burial is unknown. I would say that he is alive only in the hearts of those who protect him, but it seems to me that they have no heart. And the prohibition to make fun of Stalin — beyond!”, — she wrote on Instagram.

On Tuesday, the Ministry of culture of the Russian Federation revoked the rental license for the movie “Death of Stalin”, which was supposed to come out January 25. “Death of Stalin” — a satirical Comedy of British Director Armando’s Iannucci about the struggle for power in the USSR after the death of the General Secretary of the CPSU Joseph Stalin in 1953. A number of public figures and cultural figures previously appealed to the Minister of culture Vladimir Medinsky with a request to suspend the distribution licences of the film for a more thorough analysis of the painting for compliance with the Russian legislation.

In Russia, the film has caused a wave of indignation. After watching a number of prominent politicians and cultural figures were asked to revoke the rental license of the picture.

In their letter to the head of the Ministry of culture emphasized that the British “libel on the history of our country”, “Comedy”, denigrate the memory of our citizens that defeated fascism… Also noted the poor acting, sloppy decorations and insulting attitude towards the flag and the national anthem. In addition, the information can be regarded as extremist and dehumanizing.