Where to get a haircut, wash clothes and watch a movie, if you’re homeless. 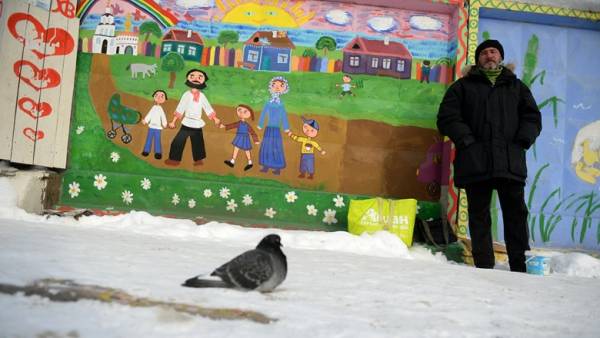 In winter, the underground, railway stations, near shopping malls, one can often see homeless people. Someone easy to identify by odor or unkempt appearance, but many do not stand out in the crowd and does not give. In the merit of charity centers social assistance. Details — in the material of the portal iz.ru.

Such organizations are concentrated mainly in Moscow and St. Petersburg, which is not surprising: people from all over the country come here in search of work, many eventually left without a roof over your head.

The aim of such structures is not only to feed, clean and warm, and in the first place to return the person to society, to help him up off the street. Sometimes it is enough to recover the documents and buy a ticket to his native city, if relatives are willing to take a tramp. But if a person has no place to go, helping him to his feet and start a new life.

Almost every Metropolitan hobo sooner or later, it is in “the Hangar of salvation”. This is a courtyard in the center of Moscow with a heated tent, around which there is a shower, a dressing room and the only hair salon in the city for the homeless. There are volunteers who several times a week absolutely for free shear the hotel “Angara”. The Barber chair is located in the small booth. After sanitation sit there homeless: during one shift, the Barber could cut eight or nine people. Come mostly men.

The visitor is transformed in minutes: shaggy beard shave, cut hair left on the floor. From the “Hangar” it comes out updated: in clean clothes and with a new hairstyle. As such, the tramp will not run from the Mall and other places, where they come to bask. Besides, the neat-looking person is much more likely to find a part time job. Odor, sloppy appearance — the main reason why people shun the homeless and treat them with disgust.

On Christmas eve to visit “the Hangar” came the Patriarch. He dined with the homeless and talked with them during the meal. The Primate of the Russian Orthodox Church spoke about the difficulties and material problems experienced during adolescence, and instructed the guests of the social centre.

Here is a man who is not in the chambers of the king and not born in wealth, he lived, who also had the experience of getting out of a difficult financial situation.Patriarch Kirill

“I know that many of you by coincidence ended up in this place. But here there are two ways. One way is to accept what is and say “well, let it be so”. This path will not lead to anything good. But there is another way — to say “no, it should not be, I have to do something to get out of this state”. Here is the place where you can make such a decision,” — said the Patriarch.

In Petersburg “the Shelter,” you know all about how to help the homeless: this is the oldest organization in the country, which for the past 28 years helping people in difficult situations. They organized the first and largest in the city’s rehabilitation shelter and set up three tents for heating.

But that’s not limited: for the homeless, there is also the country’s only Laundry where one can wash and dry your clothes, not just rent it and get another.

“People who find themselves on the street, it is very difficult to find a place to wash things. People experiencing irritation about the appearance of the homeless, rarely thinking about it. 70 percent of those who come for help to the Bunkhouse, is a people in whom is difficult to identify homeless people”, — said the expert on public relations of “Nochlezhka” Vlad Gasnikova.

To build the Laundry was possible thanks to cooperation with the businessmen: the CEO of a major network commercial Laundry decided to take care of all the expenses on payment of rent of premises and equipment supply. Powder in the Laundry for the homeless are supplied free of charge. Last year it was visited by almost 4 million people, many come to wash things twice a month.

“The duty of watching over to avoid abuse. For example, did not go a few times a week. At first we were afraid that they would come EN masse to fans of a freebie from the nearby houses. Sometimes residents come. But people who go to his Laundry in the free Laundry with homeless people clearly do it not from good life,” — said the representative of “Nochlezhka”. While things are washed and dried, a person can wait a few hours. A remove myself from all things and sit in bathrobes and Slippers, which provide most of the Laundry.

The simple pleasures and complicated story