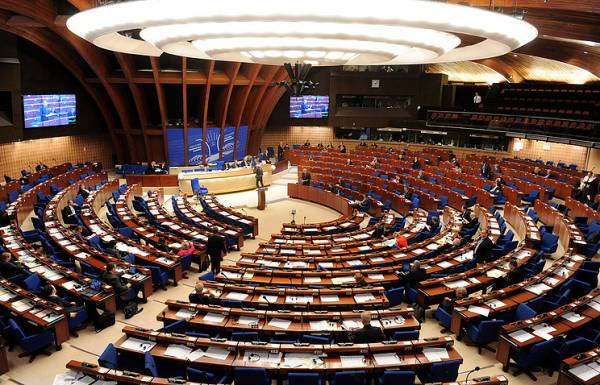 STRASBOURG, January 24. /TASS/. The Russian parliamentarians expressed willingness on an equal basis to work with colleagues from the parliamentary Assembly of the Council of Europe (PACE) to overcome the crisis in the Assembly, which does not allow the Russian delegation to participate in PACE sessions. On Tuesday the meeting of the special Commission of the Assembly on the harmonization of the Council of Europe passed in a constructive way, despite the attempts of some countries to politicize the discussion.

Members of this working group going by June (as opposed to December 2018 as previously thought) to formulate proposals on adjustment of the work PACE and audit its place in the structure of the Council of Europe. The Russian side intends to promote the idea of amending the rules of Assembly which will eliminate the possibility of discrimination of national delegations by limiting their rights.

What will the special Commission

In the work of the special Commission of the PACE participated the Deputy speaker of the state Duma Pyotr Tolstoy, who oversees the lower court of international activities and Chairman of the Committee of the Federation Council (FC) on international Affairs Konstantin Kosachev. It was about a whole set of measures to overcome the current crisis in PACE, which, according to Tolstoy, the organization started artificially. “Russia will contribute to overcoming this crisis. We, along with our colleagues on an equal footing, in a dialogue to work on the proposals was made by Mr. [new speaker Michele PACE] Nicoletti on the harmonization of the work of the Assembly”, he added.