170 years ago the world embraced “the gold rush”: how it was

Exactly 170 years ago — in 1848 — the California gold boom. This moment is considered the starting point of the gold rush, gradually engulfed many countries around the world. On the occasion of this anniversary. “Газета.Ru” recalls how the “gold rush”, and tells how she looks these days. 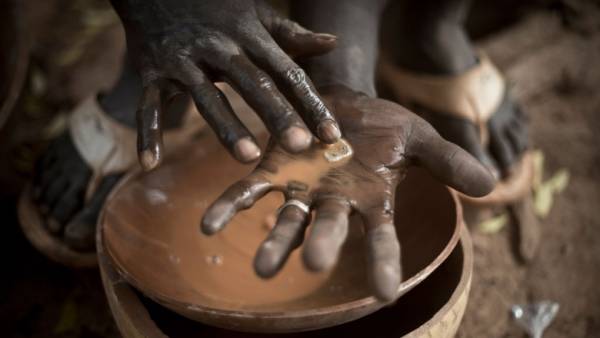 Hard to believe, but only two hundred years ago is now a thriving California was outright backwater. The population of San Francisco was two hundred people, but only on the territory of the modern state lived over thousands of Americans. In California there was practically no infrastructure, not even the road. But on January 24, 1848, something happened that forever changed the face of the state.

That day near the California town of Coloma laborer named James Marshall, who worked at the sawmill of John Sutter, found in the wheel of a water mill a piece of metal. With nitric acid it was found that Marshall discovered in the American river of the purest gold.

The owner of a sawmill Sutter did not want to found the field, someone found out, believing that the influx of miners will cause losses to his farm. The California gold rush would not have started without the participation of another character — the merchant, journalist and founder of the local newspaper The California Star, Samuel Brennan.

That near found a gold mine, he found out quite by accident when one of Sutter’s workers had to be paid in gold sand.

Brennan managed to get out of working, where the gold came from, and quickly realized how beneficial to use a tucked newsworthy. In his newspaper he began to publish news that in California discovered the “richest” deposits of the precious metal.

To attract the attention of the General public failed not once — for the news to finally “shot”, the journalist had to organize a small PR campaign. Brennan scored the Golden sand and went to the town of Yerba Buena, located down the river from the gold mines. When ashore, he began waving the trophy, yelling about gold. Hearing about the field near Sacramento and flew to California reached the miners.

Brennan calculation was simple: as a provincial, then region, there was virtually no retail outlets where arrived to look for gold prospectors could purchase the necessary equipment to occupy this niche meant being able to install simple equipment like shovels and troughs for washing rocks shamelessly high prices. Buying cheap tools in all the surrounding towns, Brennan opened his own shop.

The plan worked perfectly — came to California for gold hunters dutifully paid. The shovel, which he himself had cost ten dollars, Brennan resold for a hundred, do not hesitate to constantly raise prices. Its sales network has become the largest in California in the year 1849 the monthly profit reached $150 thousand a Journalist became the first California millionaire.

During the year to Marshall discovered (and publicized Brennan) gold mine came thousands of people, later dubbed by sorokaletiya (“the forty-niners” — eng.).

Driven by the desire to get rich, men across the country, crowds went to the enterprises and farms are massively leaving the city. In California he reached out and foreigners, a dramatic increase in wealth and population led to the fact that in 1850 California officially declared a U.S. state. By 1852 the population before a tiny San Francisco has already reached 36 thousand inhabitants. The once dreary place began to flourish: there are roads, schools, hospitals.

The vast majority of cases, mining operations were unprofitable, but not profitable. First, affected by the high cost of transportation of precious metals — the price of transportation of up to ten thousand dollars. Who really could get rich in a fever, so it is the traders and workers of sphere of services and entertainment. Prices for rental housing, the food, the service was so high that laundresses, janitors and prostitutes sometimes make a lot more of miners.

The influx of migrants and sudden state wealth became the reason of sharp growth of crime rate. The same John Sutter was not mistaken in his worst predictions, his workers abandoned the mill and went to wash gold, and the land was soon ravaged by the flood of migrants. The activities of the California gold prospectors also caused enormous damage to the local ecosystem. The river was heavily polluted with mercury, which is usually purified extracted breed — according to estimates of ecologists, the recovery will take thousands of years.

During the California gold rush miners produced a total of 4 thousand tons of the precious metal, in terms of today’s money, all this wealth is estimated at $50 billion to make it easier to understand the scale of Croatia’s GDP in 2016 reached $50.4 billion, Bulgaria — us $56.7 billion

Now California and 1848 is considered the moment of occurrence of the “gold rush” as an historical phenomenon, however, the bursts of obsession with gold was observed before. The longest and the mass is generally considered the Brazilian “gold rush” — from the late seventeenth century to 1820-ies was involved about a million miners and brought their slaves. It began with the discovery of precious metal Banderite, or “hunting Indians” in the area called Ouro Preto. For the period from 1700 to 1800 years in Brazil produced thousands of tons of gold.

However, the “gold fever” broke out in the country and after that. The latter, for example, began in 1980 and lasted six years. In 1979, a farmer, Geneseo Ferreira da Silva found on the site Golden nugget. Silva spent on the advice of a geologist and found out that on his land there is a large field.