Alcohol will not warm you up: doctors told how to avoid becoming a victim of the myths about cold

MOSCOW, 22 Jan — RIA Novosti. Doctors advise a cold to be warmed by means of alcohol, and also warn that a virus spread in the winter no less intensively, and believe in the fact that the cold kill the bacteria, it is impossible. 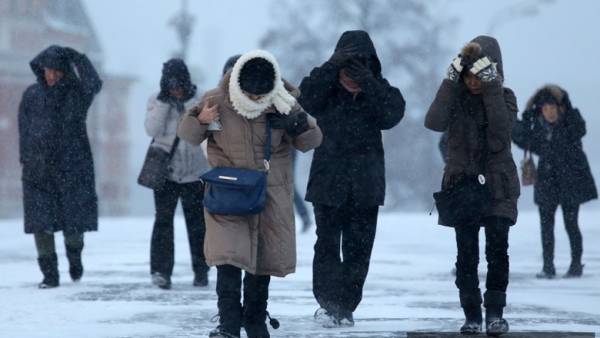 Earlier in the capital, according to RIA Novosti reported that the peak of frosts in the Moscow region have on Wednesday night will be minus 17 degrees.

The main therapist of Ministry of health of the Russian Federation, Director of the research Institute of pulmonology FMBA of Russia, academician Alexander Chuchalin has told RIA Novosti that it is necessary to prepare for the cold, although cold is not critical and not life threatening. “Be sure to dress properly, it is necessary that underwear was made of natural fabrics. Sweating is a threat at low temperatures, because additionally cools the body, therefore it is necessary that linen has absorbed,” — said Chuchalin.

In turn, the doctor-immunologist Kirill Shlyapnikov advises to warm hands, feet, face, head, ears and nose, going to the street.

Chuchalin said that a very important amount of time outdoors. “During low temperatures it is necessary to reduce, especially people who work on the street. The duration of continuous absence should not exceed 30-40 minutes,” he said.

Alcohol will not help

Food, according to the academician, is also of importance: the person should consume food which has a high energy — protein, carbohydrate.