In the United States opened a shop without cashiers and salespeople

The cost of goods is automatically written off from the accounts of customers using installed on the shelves of scanners. 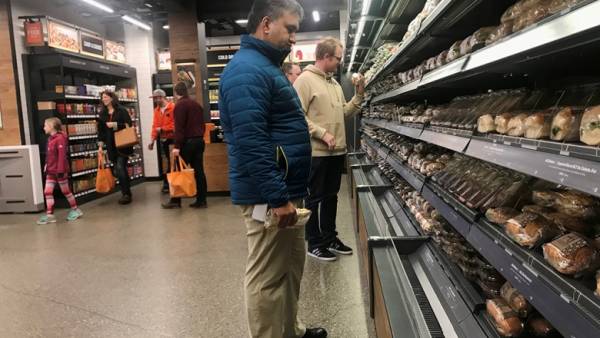 The American company Amazon has opened in Seattle the world’s first automated supermarket without the cashiers and sellers, the website of the company.

The store was launched today, 22 January. To enter it, you need to install the free Amazon app to your smartphone and attach it to the scanner at the entrance. You can then take all the necessary products and leave — their cost will be automatically charged from the account by using installed on the shelves of scanners. To unsubscribe from the selected products is possible, returning them to the shelves.

The supermarket uses technology similar to that used in unmanned vehicles. This is computer vision, the combination and processing of data from different sensors and deep learning.

Automated Amazon store, according to the BBC, opened in test mode in December 2016 and was available to employees of the company. Testing revealed difficulties in the operation of a supermarket, associated, for example, situations when goods from the shelves of taking the children or the system incorrectly identified the user.

While Amazon has not announced any plans to open other automated supermarkets.