Russian Director received the prize of the festival Kusturica 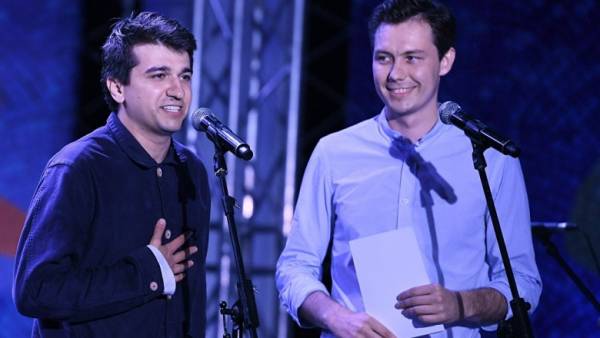 Film festival in the cultural and tourist complex “Drvengrad”, “Mechanic” Wet Gori in the West of Serbia, was conducted from 16 to 21 January in 11-th time. The poster is partially lost film 1918 Director Nikandr Turkin scenario poet Vladimir Mayakovsky about the difficult fate of the artist in the movie “Chained by film” became the emblem of the festival.

In the competition program was presented to 21 the short film, among them two films of young Russian Directors: “Lali-Bally” Ruslan Bratov and “Mary” Gregory kolomiytseva.

“Special jury award gets film that consummate way and with great humor is known by in the film, speaking about the common madness of masculinity — “Lalai-Bally” Ruslan Bratov,” said jury member Director Vlastimir Sudar.

Once on the stage, the Russians said only one word in Serbian- “praise (thank you)!”.

It’s not my first festival, but here I am for the first time, and it’s a wonderful place. And Kusturica! I hope the award will help me in my next film.Ruslan Brutaliser

Among other participants of the contest, aspiring filmmakers from China, Poland, Egypt, Israel, the Dominican Republic and other countries. They all received diplomas from the hands of the famous Director.

The main guest of “Kustendorf” this time was an Italian Director and screenwriter Paolo Sorrentino whose series 2016, “Young dad” and full-length films were shown in the halls of “Drvengrad” all the days of the festival.

Another notable participant was the Swedish Director Ruben Östlund, whose “Square” opened the first day of the festival.