In Omsk again arguing whether to try to leave it

Souvenir calendar of the local Ministry of culture, for which the great discoverers, such as Columbus and Gagarin, I advise you to stay in the region, has caused a strong reaction of the residents. Omsk blogger in response even made “honest” calendar. It is known to Russians associated with the city, saying that “we should go.” 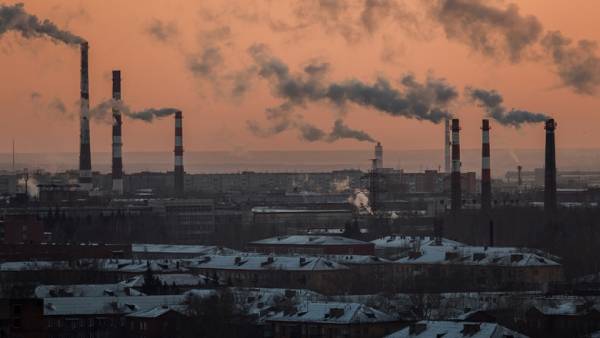 The Omsk authorities have released the calendar under the slogan #Aotus in which great explorers Magellan, Christopher Columbus and even cosmonaut Yuri Gagarin urged residents to stay in the region.

For example, Gagarin calls Omsk oblast “just space”, and James cook decides to stay in the region because it’s warm and there are even ostriches.

The problem of outflow of people from Omsk are, but calendar was created for tourists as a souvenir, said Business FM Deputy Minister of culture of the Omsk region Anna Statue.

We are ideological, the global goal was not pursued. It is clear that to keep people calendar is probably science fiction. We had absolutely other tasks. In the Tourism centre is positioned as a souvenir about the Omsk region, pictured here is our unique beauty. This is something that you can bring home and give to friends. The main objective was to promote unique, interesting tourist places of the Omsk region and with the help of these celebrities, travelers with a world reputation, to show that these places are so attractive that even Christopher Columbus would have decided to stay here. Now we have great demand for the calendar, snapping mainly hawks. In General, we have released not only a calendar and set of postcards. You can buy this card and someone as a joke to send the message that here in the Omsk region is so good that I’m staying, I will not come at all. First of all, it was a calendar-a joke.Anna State Deputy Minister of culture of the Omsk region

The joke, however, was not appreciated by the locals. Local blogger Evgeny Alexandrov in response to the local authorities even made a calendar #nadoedat. In it he has collected 12 famous Russians who were born or have visited Omsk and left it forever, for example, Fyodor Dostoevsky, and Robert Rozhdestvensky.

To be honest to remove the real historical characters that were related to Omsk, it turns out the opposite message. Even as you try, but #Aestus difficult to apply to our city at the moment. There is not a single famous person who came here voluntarily, left and said good here. In my calendar, I gathered all who we had at different times, and they all, to put it mildly, happy to leave. I understand it’s their job, it is necessary to increase the attractiveness of the city, including tourists, but not like this. Funny it all looks: it is clear that the calendar is made of high quality, the actors theatre of youth, it all looks very dignified, but in terms of meaning somehow does not fit. If the calendar was more humorous, it would look much more advantageous than this attempt seriously to beat.Evgeny Alexandrov blogger

“This is nice, but you have to go,” says Fyodor Dostoevsky from the pages of the calendar, and Egor Letov claims that “all goes according to plan I have to go”. There is also a response to Gagarin: sad Sergei Korolev admits that “to the space at hand, but I have to go”.