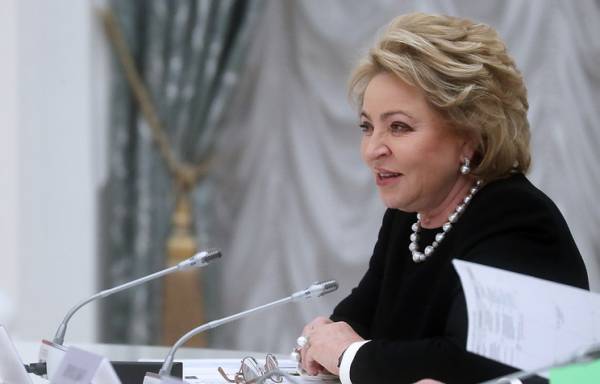 MOSCOW, January 22. /TASS/. Senator Suleiman Kerimov, who in France were charged with money laundering, I am sure that I will be able to prove his innocence. This was stated by the speaker of the Federation Council Valentina Matvienko at the meeting with the Senator, who within three days was in Russia with the permission of the authorities of the French justice.

“Suleiman Kerimov considers himself innocent and is confident that will be able to refute the charges imposed. Therefore, do not intend to hide, is configured to cooperate with the investigation and hopes to return home”, – quotes Matvienko, the press service of SF.

A member of the Federation Council Suleiman Kerimov, was detained by members of the French police at nice airport on the night of November 21. Immediately after receiving information about the incident arrived at the scene the staff of the Consulate General of the Russian Federation.