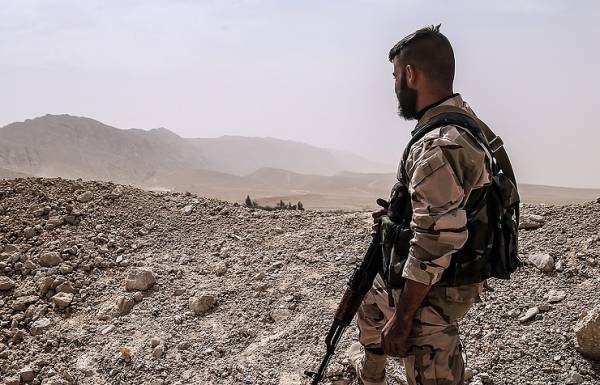 Soldier of the Syrian army

MOSCOW, January 21 /TASS/. Syrian army and militia units completed the encirclement of a large group of the terrorist organization “dzhebhat an-Nusra” (banned in Russia – approx. TASS) in the East, Idlib province, as well as gangs released from the aerodrome Abu Duhur, said Sunday the Ministry of defense of Russia.

“Assault troops of Syrian government troops, under the command of General Hassan Suhel, advancing along the road of Hama – Aleppo they joined the people’s militia units in the area of human settlements Herbet El-Ghajar and Rasmi al-Harmal. Thus completed the encirclement of a large group of the terrorist organization “dzhebhat an-Nusra” in the Eastern part of Idlib province”, – stated in the message.