Syrian troops in the Eastern province of Idlib have surrounded a major formation of the terrorist organization “Dzhabhat EN-Nusra” (banned in Russia), reports the Ministry of defence. 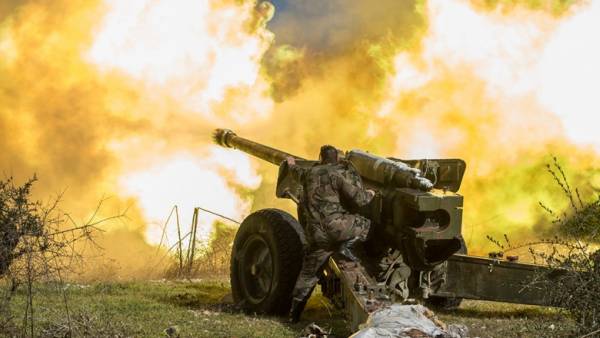 “As a result of the offensive, Syrian troops drove the militants from the territory of the aerodrome Abu Duhur, which was under the control of armed groups from September 2015”, — reported in a press release from the defense Ministry.

In addition, the assault troops of Syrian government troops, under the command of General Hassan Suhel, advancing along the road of Hama-Aleppo, joined with detachments of people’s militia in the area of human settlements Herbet El-Ghajar and Rasmi al-Harmal.

Previously, the defense Ministry announced the attack of radical Islamists on Russian military facilities. According to the military, to attack the base Hamim and security in Syria, militants used 13 strike UAVs mounted with improvised explosive devices. Later the Russian General staff announced that every drone involved in the attack on the base, carried ten of munitions and explosives of these bombs could make and in Ukraine.