Peskov acknowledged contacts between Putin and Poroshenko, which are not misleading

Russian President Vladimir Putin and his Ukrainian counterpart Petro Poroshenko have contacts that are not reported, said the press Secretary of the Russian President, Dmitry Peskov. 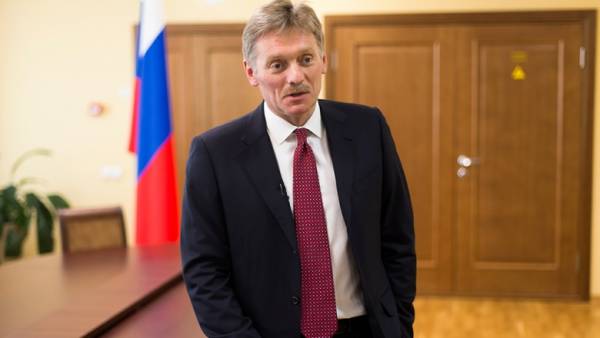 “It is a common practice. And when you see the intense labour President’s day, which consists of a dozen different meetings, press conferences, statements, negotiations and so on, this does not mean that this day of the President and limited,” said Sands in the program “actors with Naila Asker-Zade” on TV channel “Russia 1”.

According to the press-Secretary of the working day Putin is much more intense and meaningful than TV shows. Peskov acknowledged that Putin’s work schedule has contacts, which the Kremlin said.

In response to the question, are there any contacts between Putin and Poroshenko, Peskov replied in the affirmative. “Such meetings take place, which we do not share”, — said Peskov.

In a televised interview, Dmitry Peskov, also said that Vladimir Putin does not exist uncomfortable questions, the head of state “easily dissects them”. The press Secretary also admitted that he feels nervous before a big press conference Putin, as no President in the world speaks like the free mode.