WASHINGTON, 19 Jan — RIA Novosti. The U.S. defense Department on Friday released the unclassified key provisions of the new “National defense strategy” — the first such document prepared in the country for nine years. The main threats to American security in the document named China, Russia, North Korea and Iran. 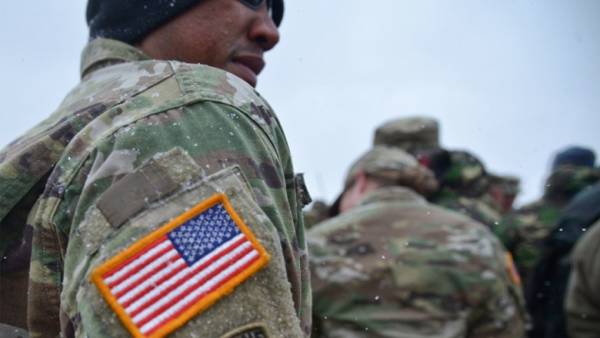 Fifth, the threat comes from terrorist groups. A presentation of the strategy made by the head of the Pentagon James Mattis.

The main principles of the document began the transition from terrorism to the rivalry between the “great powers” such as Russia and China, who allegedly threaten the United States, and the creation of powerful armed forces through the development of strategic nuclear forces, missile defense and cyber capabilities.

It is noteworthy that in the recently published open part of the national security strategy of the USA, Russia and China were not mentioned.

Rivalry with Russia and China

We will continue to campaign against the terrorists, but the rivalry of the great powers, and not terrorism, is now the focus of U.S. national security.James Mattis, The Head Of The Pentagon

According to him, the United States faces the growing threat of these “revisionist powers” such as Russia and China, who want to build a world for his “authoritarian models” and abuse of the veto in the UN security Council.

In addition, the U.S.’s new military strategy state that China and Russia to undermine the international order from within.

“China is a strategic competitor that uses predatory economic tactics to threaten neighbors and engaged in militarization in the South China sea. Russia violated the borders of neighboring countries and seeking the right to veto decisions of their neighbors in the field of economy, diplomacy and security,” — said in turn, in the text of the document.

Also the strategy States that Russia is trying “to undermine NATO and to change the structure of security and economy in Europe and the middle East.”

“The use of new technologies to discredit and undermine the democratic processes in Georgia, Crimea, Eastern Ukraine is already causing enough concern, but when it is combined with the extension and modernization of the nuclear Arsenal, the challenge is evident”, — the document says.

Another threat to the U.S. remains in North Korea and Iran, said Mattis.

“Rogue States such as North Korea and Iran, continue to take illegal actions that threaten regional and even global stability. They suppress their own people, despise their dignity and infringing on human rights, they promote outside their views,” said Mattis, presenting the new defense strategy.