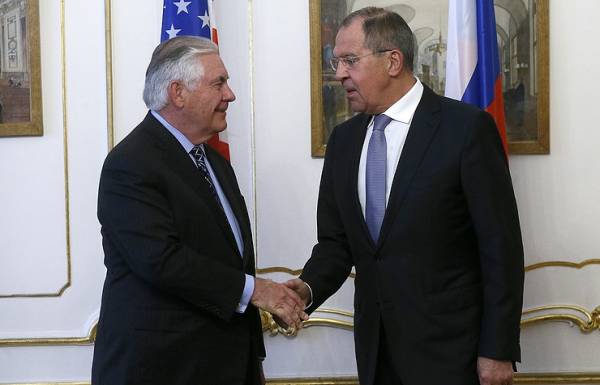 U.S. Secretary of state Rex Tillerson and the Minister of foreign Affairs of the Russian Federation Sergey Lavrov

MOSCOW, January 20. /TASS/. The Minister of foreign Affairs of Russia Sergey Lavrov and U.S. Secretary of state Rex Tillerson discussed Saturday over the phone ensuring stability in the North of Syria and promoting a peaceful resolution, which must be addressed by the Congress of the Syrian national dialogue in Sochi. This was stated by the Russian foreign Ministry on the results of the conversation held on the initiative of the American side.

“They discussed the situation in Syria, including the issues of stability in the North of the country and promote the process of peaceful settlement under the auspices of the United Nations, which should contribute convened in Sochi Congress of the Syrian national dialogue with a wide number of participants,” – said in Russian depodesta.