It seems that every day a new scandal involving sexist statement or infringement of the rights of women. But really sure who can not be suspected of disparaging attitude towards the opposite sex, is loving dad of daughters. Our author Andrey Borodkin, raising a four year old daughter, continues to explore the intricacies of fatherhood and comes to the conclusion that the perfect father can become the worst oppressors. 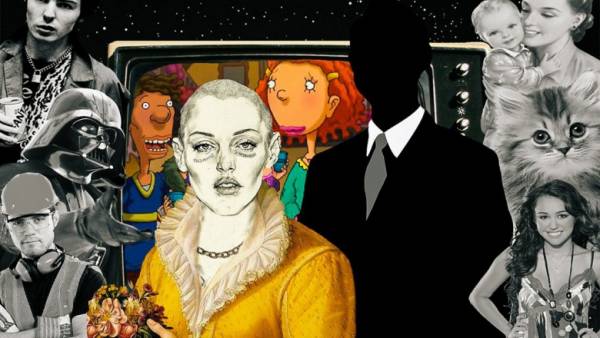 “Half the women, as zechki pricked”. A comment I met on one of the popular sports online under the post about the cheerios team — some of them had tattoos. This statement has gained the most advantages. I thought: perhaps these ideas about how it should look “right” girl, the child learns from early childhood. And decided to start with yourself. No, unless the girl’s father can contribute to the development of so outmoded stereotypes? It turned out not so simple.

In some places and situations, the fathers are thrown in harmless, at first glance, the extreme, which ultimately determine the performance of their children on the relation of the sexes.

Cars for boys vs pink girls.

My daughter almost four years, and one day I suddenly realized that in her behavior already exists a clear distinction between “boyish” and “girly” professions, occupations, colors, toys, clothes. “How would she learn?” — I was horrified. The answer is simple: of course, I myself often without realizing it, are an example of simplification and pattern of thinking. Said fleeting his father’s phrase that it’s “for the boys”, and “it girls”, remain in the memory as an immutable truth, give the child the signal to the appropriate behavior, even if dad really doesn’t think so.

Now the fact that in some countries, boys wear skirts, engaged in the confectionery business, and girls play soccer, the daughter takes as a joke.

Where do you think there are stereotypes about professions in adults? Such are the conclusions reached by scientists from the University of Indiana in the USA, conducted research on nearly five and a half million works from databases of scientific publications Web of Science: it turned out that more than 70% of the names were male, and less than 30% female.

Boys don’t cry vs girls must be weak.

Children’s hospital — an inexhaustible source for observation of parent stereotypes. Countless times I heard sermons of the fathers: “don’t cry, you’re the man!”. Yes, I also said: “Cry, because you’re a girl, you can”. Or, “He must endure, because the boy”. Fathers do not realize that by doing harm to all: the girls created a stereotypical judgment about the man as about the robot, and objazana able to endure all the blows of fate without a single trembling of the muscle on the face. Boys adopt the same opinion about girls who are not able to cope with difficulties.