Why should I give away all the free money

For the last two hundred years of life in developed countries closer to the picture of Paradise as it imagined the hungry poor in our medieval forefathers. The welfare of individual countries and people has increased many times, but poverty and inequality and not eradicated.

Young German thinker Rutger Bregman in his book “Utopia for realists” proposes to revise the worldview underlying the world order and to question the integrity of economic theories, the need of calculating GDP and the belief about the need to earn a living through hard work. In this Chapter, “Utopia” Bregman explains why poverty is not a Vice, but the lack of money and why should we redistribute wealth.

Why poor people do stupid things

A world without poverty — perhaps the oldest utopia of them all. But anyone who takes this dream seriously, will inevitably have to face several complicated issues. Why are the poor more likely to commit crimes? Why they are more prone to obesity? Why do they use more alcohol and drugs? In short, why do the poor take so many bad decisions?

Rude? Perhaps, but let’s look at the statistics: the poor are more occupied, less delay, more Smoking, doing less exercise, drink more, eat less healthy food. The training to manage their own finances poor record in the last turn. The poor often write the worst about applying for a job and come for an interview in the most unprofessional way.

Prime Minister Margaret Thatcher once called poverty a “personality defect”. Although not many politicians go so far, the idea that responsibility for tackling poverty lies with the poor people, is not new.

From Australia to England and from Sweden to the US is rooted the idea that man needs to overcome his poverty itself.

Of course, the government can foster poor movement in the right direction — policies that promote awareness, fines and, most importantly, education. In fact if something is considered a panacea for poverty, then this diploma of higher education (a degree College).

But is there something else?

What if the poor really can’t help themselves? What if all these incentives, all of the information and education they are like water off a duck? What if these well-intentioned nudges only worsen the situation? 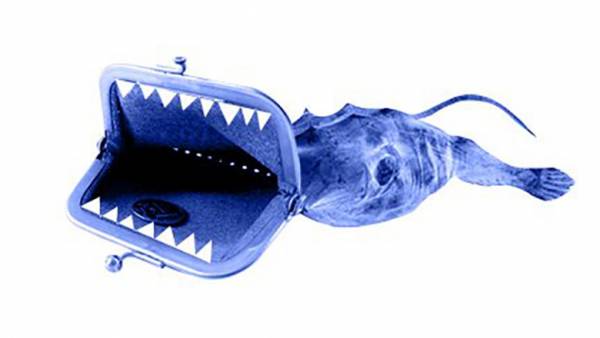 The power of context

This is a tough questions, but asks them, did not hit anyone, and Eldar Shafir, a psychologist from Princeton University. He and Sendhil Mullainathan, economist from Harvard, recently unveiled a new revolutionary theory of poverty. What’s the point? In the context of.

Shafir is not modest in their aspirations. He wants nothing less than to establish a new field of research — the science of scarcity. But do we have it yet? Economy? “We keep hearing this, laughed Shafir, when we first met at the Amsterdam hotel, but I am interested in psychology of scarcity, which is surprisingly little studied”.

For economists revolves around the shortage of all — in the end, even the richest of the ILO can’t buy everything.

However, the perception of lack of uniform. The feeling generated by the vacancies in time, different from the feelings that arise because of an overloaded work day, and it is not harmless, and not insignificant. Deficit brings the psyche out of balance. People behave differently when they think something is not enough.

And no matter what was going on. Too little time, money, friendship, food — it all contributes to the “mentality of scarcity”. This kind of mentality has its advantages: people who feel shortage of anything, well cope with short-term objectives. Poor people have an incredible ability to bring — in the short term — ends, just as the managers of the enterprises are able to achieve completion of the transaction.

But all the same flaws “mentality of deficiency” outweigh its advantages. The scarcity forces you to focus on what caused the shortage: at a meeting starting in five minutes, or accounts that should be paid tomorrow. Long-term strategies does not have enough space. “The deficit absorbs you, says Shafir, is you can’t focus on other things, which for you is also important.”

Answers to questions like “What are we eating?” and “How to live to the end of the week?” you take a portion of a key resource.

Shafir and Mullainathan call it mental capacity. “If you want to understand the poor, imagine that your mind is in another place they write. — Self-control is extremely challenging. You can easily get distracted and lose your temper. And it happens every day.” So the deficit (time or money) leads to unwise decisions.

There is a key difference between people employed from the people of the poor: from poverty can’t relax.

“Poverty reduction are huge benefits, which we still didn’t notice,” says Shafir. According to him, perhaps it is time to measure not only the gross domestic product, but gross domestic mental capacity. High mental throughput is better parenting, better health, more productive employees, and the like. “The struggle against scarcity may even lead to lower prices”, — predicts Shafir.

[…] A British study showed that spending on poor children in England reach 29 billion pounds (44 billion dollars) per year. According to the researchers, the policy of poverty eradication “for the most part will pay for itself.”

In the US, where more than one child in five grows up in poverty, the results of countless studies already show that measures against poverty are working like a tool to lower prices. Greg Duncan, Professor, University of California, estimated that pulling American families out of poverty on average costs about $ 4,500 per year — less than the payments casino Cherokee. Ultimately, these attachments would be:

Professor Duncan concluded that the fight against poverty “will pay off by the time poor children reach middle age.”

Of course, in order to solve such a serious problem, you will need a great program. A 2013 study estimated spending on child poverty in the United States 500 billion dollars a year. Children raised in poverty, deprived of two years of education and eventually work 450 hours a year less, and the total risk they have is three times higher than those who grew up in a wealthy family. The researchers say that investments in education actually will not help these children. First, they need to rise above the poverty line.

A recent meta-analysis of one hundred studies of the effectiveness of learning financial management has led to a similar conclusion: such courses almost do not change anything. Not to say that the people there don’t learn anything, the poor certainly can gain knowledge. But this is not enough. “It would be like to teach people to swim, and then throw it into the sea during a storm,” says Professor Shafir.

Not pointless to educate people, but it is not always able to help them maintain their mental bandwidth, and so weakened because of the intolerable bureaucratic quagmire of the welfare state. We can assume that all the rules and paperwork are designed to sort out those who don’t need really. But in fact everything is exactly the opposite: the poor, whose mental bandwidth is particularly affected, and who experience the greatest hardship, ask Uncle Sam about the latest.