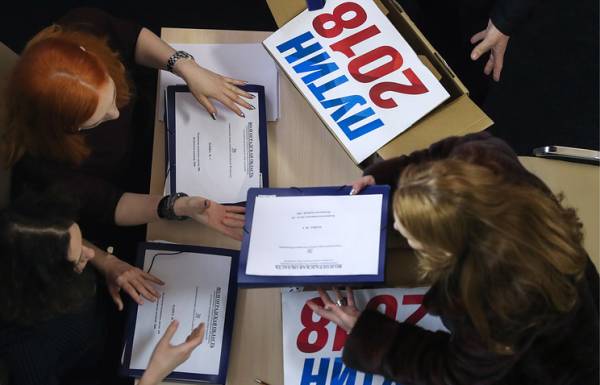 MOSCOW, January 19. /TASS/. More than 1.5 million signatures collected in support of nomination for the post of President of Russia Vladimir Putin, participating in the presidential elections as an independent candidate. This was reported on Friday to journalists the co-Chairman of Putin’s election headquarters Sergei Kogogin.

“Today, collected 1 million 503 thousand 781 signature on the signature sheets”, – he informed, noting that over the past two weeks (the collection of signatures in support of Putin started on the 5th of January – approx. TASS) “managed to collect five times more signatures than required by law.” “Truly nationwide support. Was active subscription campaign, many came [to pass signature] families,” – said Kogoghin, Recalling that the activity of the citizens was due to the additional manufacturing of signature sheets 200 thousand signatures.