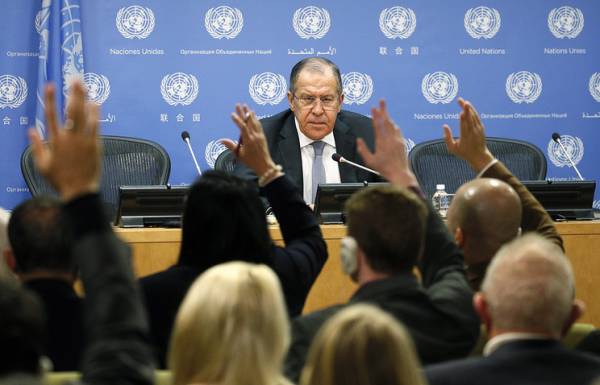 NEW YORK, January 19. /TASS/. The law on the reintegration of Donbass crosses the Minsk agreement, said the Russian foreign Minister Sergei Lavrov at a press conference at the UN.

The “law on reintegration, if approached from a legal standpoint, negates the Minsk agreement, which was unanimously approved by the UN Security Council in a resolution adopted a few days after the meeting of four leaders of the “Norman format” in Minsk”, – he said.