Plushenko saw myself in the future as sports Minister

Moscow. January 15. INTERFAX.RU — two-time Olympic champion in figure skating Evgeny Plushenko said that a few years could take the post of Minister of sports of Russia. 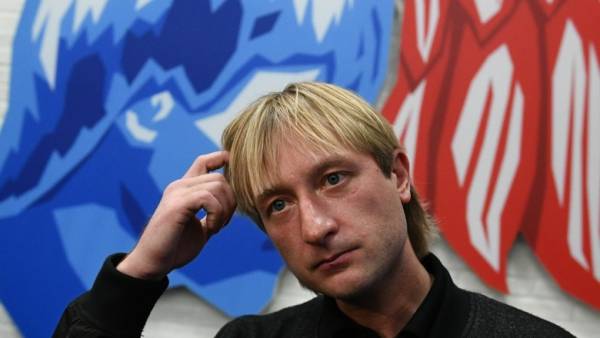 “I have to go to the Ministers of sport. Why not? I think I would make an excellent Minister. Not now, of course, not this time, but next”, — transfers words of Plushenko “championship”.

Currently, as head of the Ministry of sports is Pavel Kolobkov.

“I finished a career in the sport,” — said Plushenko in interview to “Match TV”.

According to him, the decision he made the year before. He linked the decision with the fact that after numerous experiences of operations it is difficult to compete with younger athletes.

The achievements of Plushenko in figure skating

At the Olympics 2006 in Turin Plushenko won gold in singles and Games-2014 in Sochi became the winner in team competitions. In Sochi, he had planned to speak and skating, but due to a back injury withdrew from the tournament a few minutes before the start of the short program. On the same day he announced his retirement from sports, but soon admitted that will be able to speak for themselves at the next Olympics.