MOSCOW, 13 Jan — RIA Novosti. Frozen due to abnormal cold weather in North Carolina, the gators started to come to the surface. 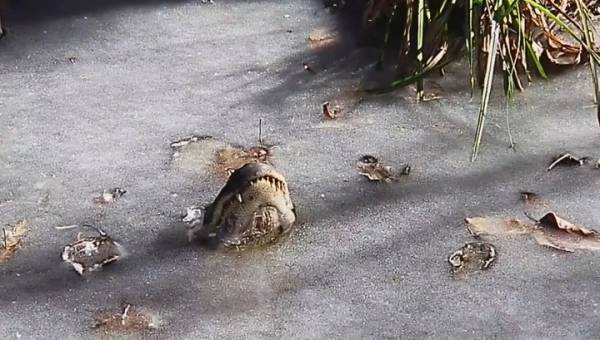 Earlier in the Internet appeared the video from the National Park Shalotte River Swamp, which the reserve staff has shown frozen in a pond of crocodiles. New frames water thawed, and the alligators began to rebound after a forced hibernation.

Head of reserve George Howard noted that alligators can adapt to environmental conditions, regulating body temperature and slowing metabolism. As soon as the weather returns to normal, the animals will return to their normal lives.