Dumplings suggested in the list of intangible heritage of UNESCO

First Deputy Chairman of the Duma Committee on rules and organization of the work of Alexander Kurdyumov suggested to make Russian dumplings in the list of intangible heritage of UNESCO. The initiative the Deputy has put forward in response to the proposal of the President of France Emmanuel Makron about the introduction of the baguette. 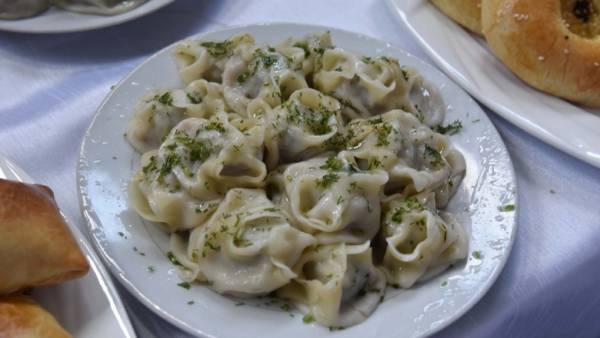 “This dish is eaten all Russian. All Slavs, the whole country loves dumplings. Wherever Russian people — everywhere, throughout the country sold dumplings”, — quotes the website of the radio station “Moscow speaking” the word Kurdyumov.

The MP also noted that “foreigners are happy to eat” dumplings. He also drew attention to the Russian tradition the whole family sculpt dumplings.

The portal iz.ru wrote that macron has suggested the French baguette in the list of intangible heritage of UNESCO, calling it “the daily life of the French.”

Currently the intangible heritage of humanity by UNESCO recognized cultural space and oral tradition of the old believers, residing in Zabaykalsky Krai and the Yakut heroic epos “Olonkho”.