A supporter of the Communist party died during a meeting with the Trustees of the candidate in presidents of Russia of businessman Pavel Grudinina. The incident occurred on Saturday, January 13. 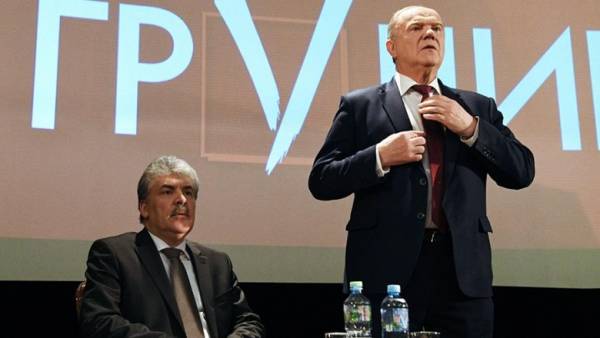 As reported TASS the head a press-services of party Alexander Yushchenko, the deceased was “Chairman of the veterans Council”.

“He became ill. The ambulance arrived but it was instant death. Let’s honour his memory with a minute of silence,” — said present at the event, Communist party leader Gennady Zyuganov.

A day earlier, on January 12, the Central election Commission registered Grudinina as a candidate in the presidential election. The vote will take place in Russia on 18 March 2018. The election campaign officially started on 18 December.