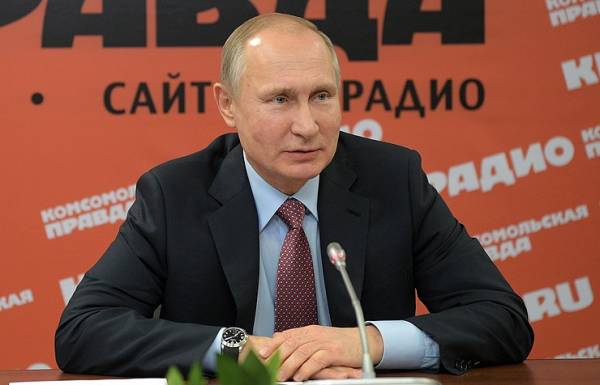 MOSCOW, January 11. /TASS/. Russian President Vladimir Putin at a meeting with the leadership of the national print media and news agencies touched upon the upcoming presidential elections, spoke about the relations of Russia with foreign partners and has promised to introduce in the country the title of “Honored journalist”. The President also promised to consider the possibility of advertising of Russian vodka.

The competition refreshes the discussion

One of the first, Putin was asked about the upcoming March presidential elections and the high number of presidential candidates.