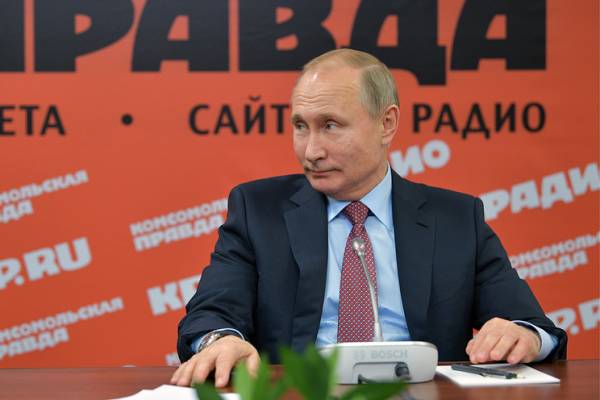 MOSCOW, January 11. /TASS/. Russian President Vladimir Putin called a provocation attack drones of the Russian base in Syria, an attack aimed at disrupting previous agreements. He stated this at a meeting with the leadership of the national print media and news agencies.