Kim Jong-UN said that through science, the DPRK will not be obstacles, and after 100 years of sanctions

TOKYO, January 12. /TASS/. The DPRK thanks to science and national economies will not encounter insurmountable difficulties, even if the sanctions imposed against Pyongyang, will last 10 or 100 years. This confidence was expressed by the leader of the DPRK Kim Jong-UN during a visit to the State Academy of Sciences. 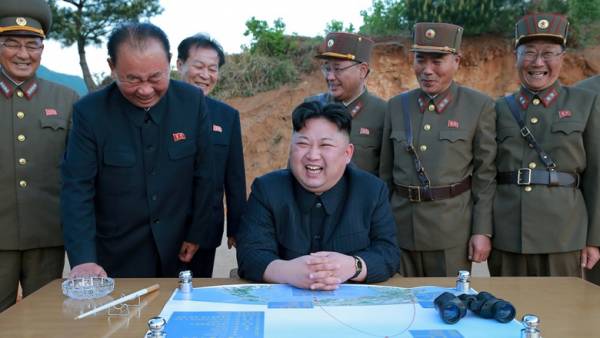 “[Kim Jong UN] said with certainty that thanks to the Foundation of independent national economy, we have prepared a robust scientific and technological forces and bright minds [scientists] we will not have any insurmountable difficulties, let the enemies and impose sanctions, which will last 10 or 100 years”, — stated in the event report, which is published on Friday by the KCNA.

According to the leader of North Korea, one of the secrets “of the victorious Korean revolution in the conditions of severe trials and difficulties” and “improve the strategic status of the Republic” lies in the fact that the country has made efforts for the development of science and technology “in the name of sovereignty and dignity of the country and nation, the fate of socialism.”

During a visit to the State Academy of Sciences, Kim Jong-UN inspected the reconstructed historical-revolutionary Museum and the exhibition of scientific achievements. In addition, the leader, according to the KCNA, ordered to provide a special monetary reward of the Academy and also noted that “it is necessary to exert a large force to work with the scientific and technical personnel, to respect them, to solve in time all the tough questions that they did not feel inconvenience in research and life.”

“Improve the strategic status of the” DPRK, according to observers, Kim Jong-UN has in mind the successful testing of ballistic missiles, particularly rocket launch “And 15” at the end of November last year. It is, according to the authorities of the Republic, can carry a nuclear warhead, within her reach is the entire territory of the United States.