The Russian customs officers detained on the border of a foreigner who tried to take out in Estonia about 300 bags of commemorative coins for the world Cup in 2018. About it reports a press-service Severo-the Western customs office. 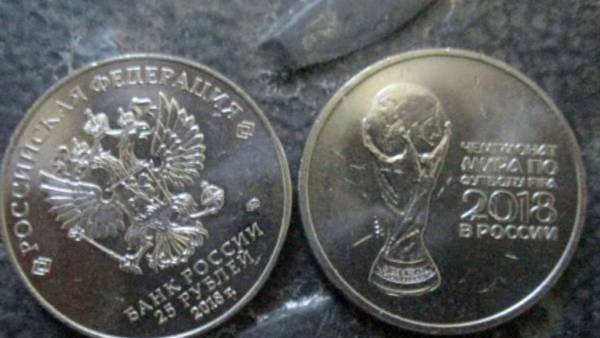 The man was detained in the Kingisepp district. He found 332 plastic bags with coins amounting to about 4.2 million rubles — most bags were filled with coins 25 rubles with symbols of the 2018 world Cup, two bags were Packed coins of 10 cents. The total weight of the coins was about 1.5 tons.

As noted in the press service, the man reported that transporting the large sum in the customs Declaration. He stated to law enforcement that exchanged coins in banks of Moscow and took them to Tallinn, where is the warehouse for storage. After the start of the world Cup the man was going to organize the sale of commemorative coins.

Against men opened a case on an administrative offence for illegal foreign exchange transactions.