The Auschwitz tattooist and his secret love

Leil falcons more than 50 years of keeping a terrible secret of his past. He told about what he had to do in Auschwitz, when he was already 87 years old.

By the time Leila had lived in Australia, in the suburbs of Melbourne. The book, based on his story, just released in Britain.

Leil was a tattoo of Auschwitz.

This man, tattoo artist most famous Nazi concentration camps, kept his secret, because mistakenly thought he had to hide it.Heather Morespecialized

She’s three years recorded the stories of Layla until his death in 2006. From the interviews, compiled her book, “the Auschwitz Tattoo artist”, which tells about how he put numbers on arms of prisoners who were not sent to the gas chambers. 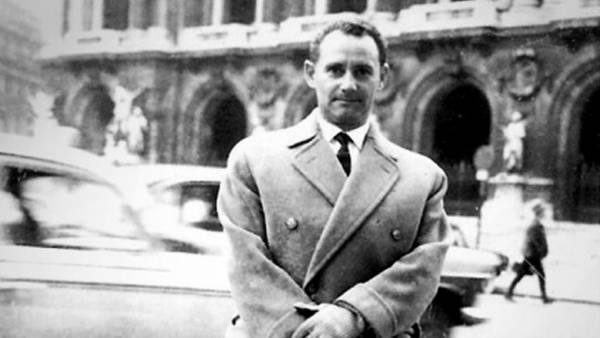 Leil was afraid that he would be considered accomplices of the Nazis. Hiding his secret and living with this heavy burden of guilt, he hoped to protect his family. Only after the death of his wife Gita he told his story — the story not only of salvation, but also of great love.

“The horrors of the camp for life instilled in him an obsessive fear,” says Heather.

Three years it took me to unravel the whole story. It was first necessary to gain his trust, so he was ready to seriously sort himself out, which required some parts of his narrative.Heather Morespecialized

Leil was born in 1916 under the name of Ludwig Eisenberg in a Jewish family in Slovakia.

In 26 years, in April 1942, he was in the Nazi concentration camp Auschwitz.

When the Nazis came to his hometown, Leil offered himself to them as a labour force he hoped it would save his family. Unlike brothers and sisters Leil was not married. At that time he did not know about all the horrors of this concentration camp.

Room 32407 he got his name. At first, Leil built the barracks, like many other prisoners: the camp was expanded.

He worked and tried not to catch the eye of guards, the SS, knowing their unpredictable violence.

Soon, Leil fell ill with typhoid fever. It was cared for the same man, who has tattooed the number on his arm, it was a French scientist by the name of Pepin.

When Leil recovered, Pepin took his assistant, teaching him to do tattoos and keep my mouth shut.

One day Pepin’s missing. Leil did not know what happened to him.

Leil knew several languages — Slovak, Russian, German, French, Hungarian and Polish. It has played its role, and its done main tattooist of Auschwitz — “detuvieron”. He was given the tools for tattoos and a certificate with the inscription “Political Department”.

Now Leil worked at the political Department of the SS. He was assigned a case officer, who oversaw Lalam, and it gave some semblance of protection.

In his new position Leil was a step further from death than the other prisoners. He lived in the administration building and received extra rations. When there was no work, he was free to go about their business.

“He never, never considered himself a volunteer of the Nazis,” says Heather Morris.

After the war many believed the collaborators of prisoners who worked in administrative positions in the concentration camps.

He did it to survive. He had no choice, what work to do. He told me that in the camp glad of any work, because it means there’s a chance to Wake up in the morning alive.Heather Morespecialized

Despite the advantages of its position, the danger hanging over Leila constantly. He regularly saw Josef Mengele, choose their “patients” among the newcomers and sent them to Leila, to number.

Mengele and then, whistling, walked up to Leila and threatened, “One day, a tattoo artist, I’ll take you.”

For two years, Leil caused numbers to hundreds of thousands of prisoners. The tattoos on pale forearms have become one of the most recognizable symbols of the Holocaust and the terrible concentration camps: tatuirovki only the prisoners of Auschwitz and its subdivisions — Birkenau and Monowice.

Their numbers began to be applied on the body in 1941, and by 1943 all the prisoners got the tattoo.

Initially used metal printing: the wound from her rubbed the ink. This method was found to be ineffective, the SS and replaced it with a fixture with two needles. This tool and used Leil.

When prisoners arrived at Auschwitz, they were selected for forced labor, and not suitable for physical labor were sent to their deaths.

Their shaved, took away all the things. Changing his clothes in rags, they lined up to get a room-the tattoo. It was the final part of the registration procedure, says Dr. Peter Setkiewicz, head of the research center of the Auschwitz memorial and Museum.