Three of the strategic air force bomber B-52H, can carry nuclear weapons, were deployed at air bases in the UK. About it reports “Interfax” with reference to the British aviation sites that track the movement of military aircraft. 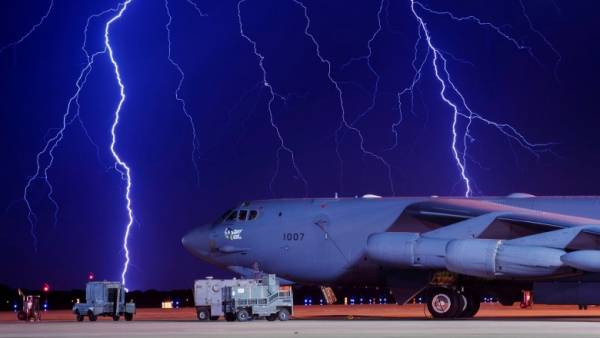 According to them, two American strategic bomber, tail number 60-0009 and 60-0005 and call MYTEE52 and MYTEE51 landed on the British air base Fairford. Another U.S. military aircraft tail number and call sign 60-0012 MYTEE53 due to bad weather landed at the air base Mildenhall. The aims and objectives of the bombers is not reported.

Recall that in October last year, the General Military-air forces of the USA David Goldfein said that the country’s air force is prepared for the first time since 1991, to translate the strategic B-52 bombers on round-the-clock combat duty.