Earlier it was reported that they had been missing. 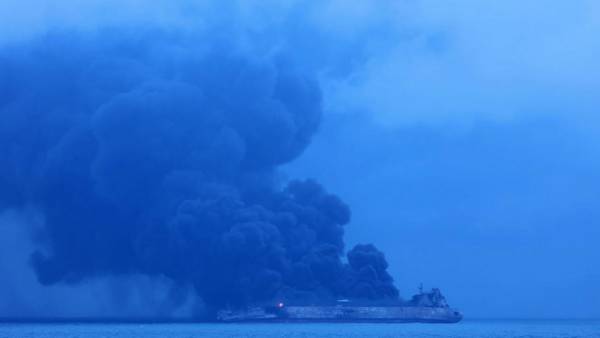 Moscow. January 7. INTERFAX.RU — All crew members of an Iranian tanker that collided with a Chinese vessel on the East coast of China on Saturday evening has died, said on Sunday Iranian news Agency IRNA.

The head of Department on public relations of the Ministry of petroleum of Iran, Qasr Nuri told the news Agency that the tanker leased by the Korean company Hanwha TOTAL Co, was carrying condensate, belonging to the National Iranian oil company (NIOC) and caught fire after collision with Chinese vessel.

Earlier Chinese media reported that as a result of collision of the tanker vessel went missing 32 members of the crew of the tanker, including 30 Iranians and two citizens of Bangladesh.

According to Chinese news Agency Xinhua, a tanker registered in Panama, and the ship in Hong Kong. They collided about 8:00 local time on Saturday about 160 miles East of the Chinese coast.