“Man on springs”, the master watchmaker, a singer with an inimitable voice — January 6, favorite Soviet listeners and viewers Adriano Celentano was 80 years old. 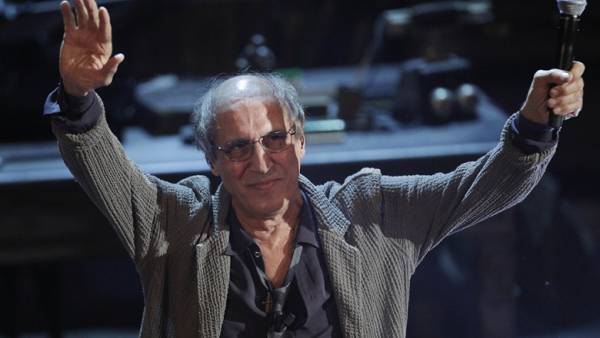 80 years ago — January 6, 1938 — born idol of several generations, Italian actor, singer, film Director and composer Adriano Celentano — people, whose voice is recognizable, and the style of movement is not like the others.

The fifth child in the family, Celentano was born on the day of Befana — this hilarious Italian feast ends the Christmas holidays.

In 12 years, the boy left school the family lived in poverty, and Adriano went to work in hourly shop.

To repair watches it will be the rest of his life, even when it becomes the world famous actor and singer, and the craft will turn into a hobby.

With a song of life

A rapid rise in 20 years, the first victory at festivals in Milan and San Remo, the top ranks in the charts, records, years of work and fame — Celentano became a cult pop singer, who brought Italian music to a new level.

His song “Il ragazzo della via Gluck” (“the Guy from the street Gluck”), with whom he performed at San Remo in 1966, was translated into twenty-two languages and released two years later, the “Azzurro” became a hallmark of a musician — he sang it at the concerts and in 2006, became something of an unofficial anthem of the world Cup.

In many ways he was a pioneer in his country: one of the first to do rock-n-roll and rap in Italian, created his own independent recording Studio and began performing at stadiums. In his repertoire — Italo disco, Blues, rap, electronic music, ballad, sintipop, Rumba, romantic rock. And among the partners on stage, cesária évora, Mina Mazzini, Nada, Biagio, Antonacci, Paul Anka, Franco Battiato and others.

But at the same time invented and used in the songs of the fictional language “kelantanese” — he first appeared in the early 1970s, his song “Prisencolinensinainciusol”, is entirely composed of fictional and meaningless words.

The success and demand had not prevented the singer to take breaks, silenced for years, and again to return to the big stage.

So, the first performances Celentano after 8-year hiatus, steel 2 concerts in the Soviet Union in 1987, in spite of aerophobia, flew to Moscow and made a full house at the Olympic stadium.