Cold in Florida led to “iguanadon” of the trees

MOSCOW, 5 Jan — RIA Novosti. Low temperatures in the U.S. state of Florida has led to the fact that iguanas are freezing and falling from the trees in a daze, the newspaper USA Today. 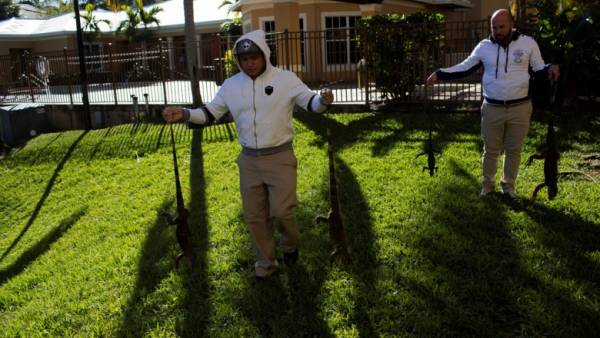 According to the newspaper, citing the National weather service in Miami, the thermometer in the region dropped to 5 degrees. At such low temperatures iguanas fall into a stupor from the cold and fall from trees.

“Do not think that they are dead,” — said the employee of the Commission for the protection of wildlife Florida Kristen Sommers. According to her, in case of detection of the frozen iguanas, it is better not to touch her. Be warmed, the lizard can feel threatened and bite “Savior”.

The scene at my backyard swimming pool this 40-degree South Florida morning: A frozen iguana. pic.twitter.com/SufdQI0QBx

In addition to lizards, from low temperatures and suffer from sea turtles. Biologists of the Commission on wildlife conservation has already saved many a turtle swimming in a daze on the surface of the water.

Earlier, the national weather service of the USA has informed that in the coming days on the U.S. Atlantic coast, expected snowfalls, snow storms and unusually low temperatures.

In Florida Iguanas froze and fell from trees due to cold weather on Thursday morning.

(Luckily, they had warmed up enough by the evening that they were able to scurry back into the trees safely.) pic.twitter.com/3GRswMY8OV